Dr Sulleman Moreea was presented with the Grand Officer of the Star and Key of the Indian Ocean Medal by the President of Mauritius, Mr Kailash Purryag, at a formal ceremony on Thursday 19th June.

The award is the equivalent of a British knighthood and commends the work Dr  Moreea has undertaken since 2008 – helping to introduce, train and improve endoscopies across the country’s five hospitals.

Working closely with Mauritius’ Ministry of Health and Prime Minister, Dr Navinchandra Ramgoolam, the Bradford practitioner has done much of the work at his own expense, and time, including travel, equipment, and training.

Speaking upon his return to the UK, Dr Moreea thanked his friends, family and colleagues for helping him achieve the award, adding that there was still more work to be done.

“I felt exceedingly proud when I received the medal from the President of Mauritius and was just bursting with emotion,” he said.

“I think this medal signals the start of a new episode, and every morning now I wake up thinking ‘how am I going to justify this medal’ but in fact I have a plan. “We are in the middle of it right now and have achieved a lot but there is still a lot more to come and as things progress in the UK, I need to transfer this know-how to Mauritius.”

Following the formal presentation, Dr Moreea and his family held their own celebratory event, but not before an invite to a tea party at the State House where the president and prime minister spoke to all nominees and their relatives.

This was described by Dr Moreea as an ‘extremely memorable occasion’ and one he will never forget.

“After we had finished with all the formalities we then had a huge garden party for family, friends and colleagues. Even the vice-prime minister of country came and we had a great time.”

Since starting work in Mauritius, the country’s five hospitals have seen their operating standards improve significantly with endoscopies now able to be performed in units which previously didn’t even exist. In one hospital, in the south of the country, Dr Moreea not only paid for an architect to design a room which could cater for endoscopy facilities but also paid for the equipment.

Since operations began in 2012, more than 600 have been performed. 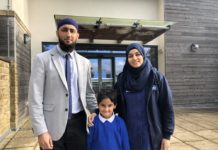 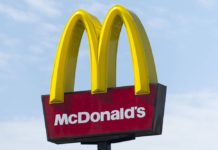 “We need to unite to make a clear & loud definition...