A former consultant surgeon from the Worcestershire Royal Hospital is now part of a police investigation after a number of patients died in his care.

Sudip Sarker is currently being probed by police over the death of at least three of his patients, William Jones, 84, Daphne Taylor, 81, and Jean Thomas, 80, whose passing were subject of a joint inquest in December 2013.

Officers would not specify if there were any other incidents involved in the investigation, and said patient confidentiality meant no names could be given at this time.

Mr Sarker, a colorectal surgeon, began working at the Worcestershire Acute Hospitals NHS Trust in August 2011 yet just over one year later, in October 2012, he was excluded.

He reportedly had double the death rate of other doctors at the hospital and one in five of his patients had to be readmitted after procedures he carried out.

Earlier that year, restrictions were understood to have been placed on him after the Royal College of Surgeons was asked by the Trust to review his clinical practice.

North Worcestershire Superintendent Kevin Purcell said the investigation began after police received a letter the same month as the inquests.

“We were made aware that there were a number of concerns in relation to the deaths of patients in 2012 who had been under Mr Sarker’s care,” Supt Purcell said.

“We are in the early stages of obtaining the relevant information from hospitals and other health organisations in order to conduct our investigation.”

He added that the families of the patients who were the subject of the inquest had been informed and updated on the situation.

“This is a complex matter which will undoubtedly take a considerable amount of time to investigate thoroughly,” he added.

“We are very mindful of the importance of patient confidentiality and the impact on the wider community.

“We will continue to liaise with the key partner agencies involved and people can rest assured that we will be conducting our inquiries in a sensitive and appropriate manner as befitting an investigation of this nature.”

Worcestershire Acute Hospitals NHS Trust issued a statement to say it is ‘co-operating fully’ with the investigation.

“The Trust would like to reassure patients and their relatives that as soon as it became aware there was a potential problem the Trust acted swiftly and responsibly to protect its patients,” it read.

“A separate review of all patients who had any contact with Mr Sarker (outpatient appointments or minor procedures) is being performed by a team of specialist external surgeons.

“Patients in this group who require further assessment/investigation are also being invited back to the hospital.”

The statement also said that every patient, who had been under the care of Mr Sarker, had had their medical records reviewed and where concerns were raised, the reviews were recalled for further assessment.

Anyone who is concerned about their treatment can call the Trust’s enquiry line on 01527 503812 or email surgeryreview@ worcsacute.nhs.uk.

Can you take on the Yorkshire Three Peaks challenge? 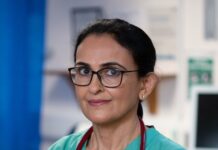 Millions of Brits ‘could be banned from Europe’ for having Indian-made...