CEO of Regal Food Products Group, Younis Chaudhry, was invited to 10 Downing Street for their Spring Showcase – an event hosted by the Prime Minister that promotes and champions the best of British Businesses.

The event was also part of the Make British Food Great campaign.

After the recent news of Regal Foods receiving the prestigious Queen’s Awards for Enterprise, Mr Chaudhry discussed with the Prime Minister matters around international trade and the importance of British export.

Last month, the Bradford-based food and drink manufacturer was officially been given the Royal seal of approval and received the UK’s highest accolade in business – The Queen’s Awards for Enterprise: International Trade.

The Queen’s Awards for Enterprise are the most prestigious awards for UK businesses and is a globally recognised royal seal of approval for UK companies.

Commenting on receiving the award, CEO Younis Chaudhry said: “As a Bradford business we are extremely proud and honoured to have been granted this award by Her Majesty the Queen.

“With our exports portfolio now spanning over 40 countries, this acknowledgement is really the icing on the cake, it’s a gift from Regal to Regal and it doesn’t get any better than that”

Regal Foods manufacture and distribute a wide range of south Asian and mainstream bakery products, confectionery and drinks, extending to 380 products. They export to over 40 countries and distribute to over 3,000 independent stores and major supermarket chains, such as Asda, Tesco, Sainsbury’s and Lidl. 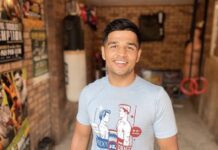 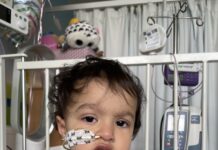 Race against time to save 18-month-old girl – with four weeks left, parents plea to Pakistani community