Home Lifestyle Mum’s the word: “There is something universal about food memories…” Asma Khan 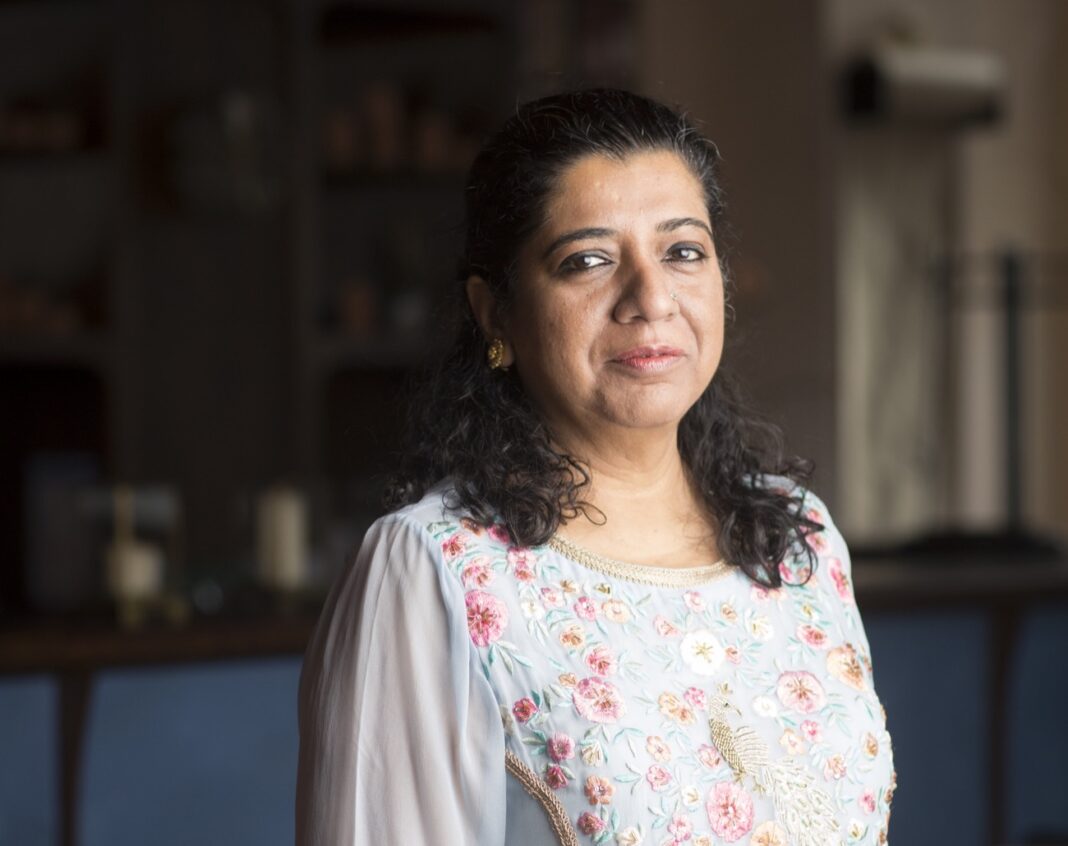 There are recipes for special occasions – Nine Jewel Korma and Zarda – traditional recipes passed through generations of Asma’s Rajput and Bengali families with long, rich histories and slow-cooking methods to match; and the quick recipes Asma cooks every day combine seasonal British ingredients and the flavours of home.

Her new book, ‘Ammu’ (mother) is a delicious collection of childhood recipes that celebrates the power of home cooking and the inextricable link between food and love.

Asma, chef and owner of Darjeeling Express, and of royal background, is a firm believer in the healing power of food.

Like many of us, for the last two years she has been unable to go home to see her family, thousands of miles away in India. She began to turn more often to the food of her childhood, her Ammu’s cooking, and through this she found comfort and felt connected to loved ones far away.

“There is something universal about food memories – they linger somewhere hidden in your soul,” says Asma.

“Just as the sounds of raindrops, the lyrics of a song, or the feel of a fabric can transport you to another world, so with food. The memories flood back. They take you home.

“In ‘Ammu’, I’m sharing the dishes that have nourished my life and family, with over 100 recipes to bring warmth and joy to your kitchen, whatever the occasion.”

From the simple comfort food of her childhood in Calcutta, including Ammu’s Chicken Biryani, and Sikandari Raan, a spiced leg of lamb her Ammu fed her before her wedding day, to Chapatis and Ma’s Prawns, dishes she craved and learned to cook when she first moved to the UK and was uprooted from her family.

Ammu Definition: “Ammu seems to be a combination of the word amma, which is widely used in South Asia to mean ‘spiritual mother’, and the Arabic word umm, also ‘mother’. It is a term used mostly in South Asian Muslim homes for their mothers.”

There are recipes for special occasions – Nine Jewel Korma and Zarda – traditional recipes passed through generations of Asma’s Rajput and Bengali families with long, rich histories and slow-cooking methods to match; and the quick recipes Asma cooks every day combine seasonal British ingredients and the flavours of home.

This book is not only a celebration of the food Asma loves to cook but of the woman who nurtured her and taught her to cook.

Throughout the book Asma shares personal memories and reflections on her life in food and of her Ammu.

“In this book, I celebrate a woman who was fiercely independent in her thinking, a woman ahead of her time, who managed to gently shake the patriarchy and was unafraid to be different from those around her, becoming a female founder of a food business.

“Ammu’s footprints are too big for me to match them, but I am following her path and using food to celebrate my family’s culinary heritage and culture. I also use food to change the narrative of how women cooks are perceived at home and in restaurant kitchens.

“This book will inspire everyone to cook for the Ammu in their own life, whoever they may be.”

About Asma and her Ammu, Kensington 1992

Asma Khan moved to Cambridge from Calcutta in 1991. Now residing in London with her husband and two boys, she comes from a royal background – Rajput on her father’s side and Bengali on her mother’s. After studying law, Asma went on to do a PhD in British Constitutional Law at King’s College London.

Cooking was always her passion and she began her food career in 2012 as a supper club in her home. In 2015, she opened a pop-up in a Soho pub to much acclaim, and Darjeeling Express the restaurant opened its doors in June 2017. A year later, her debut
cookbook Asma’s Indian Kitchen was published. The book was the winner in the U.K. category for food publishing in Indian cuisine at the Gourmand World Cookbook Awards.

Asma is the first British chef to feature in Netflix’s Emmy nominated Chef’s Table. Her episode also received a 2020 James Beard Award nomination. Business Insider named her number 1 on their list of “100 Coolest People in Food and Drink”, and The Evening
Standard listed her in The Progress 1000 as one of London’s most influential people 2019.

She has been included in the eighth edition of the GG2 Power List – profiling Britain’s 101 most influential Asians and she is now the first chef to be featured on Vogue’s list of 25 most influential women of the year for 2020.

In 2021 Asma was shortlisted by GQ Food & Drink Awards in the Veuve Clicquot Innovator category.