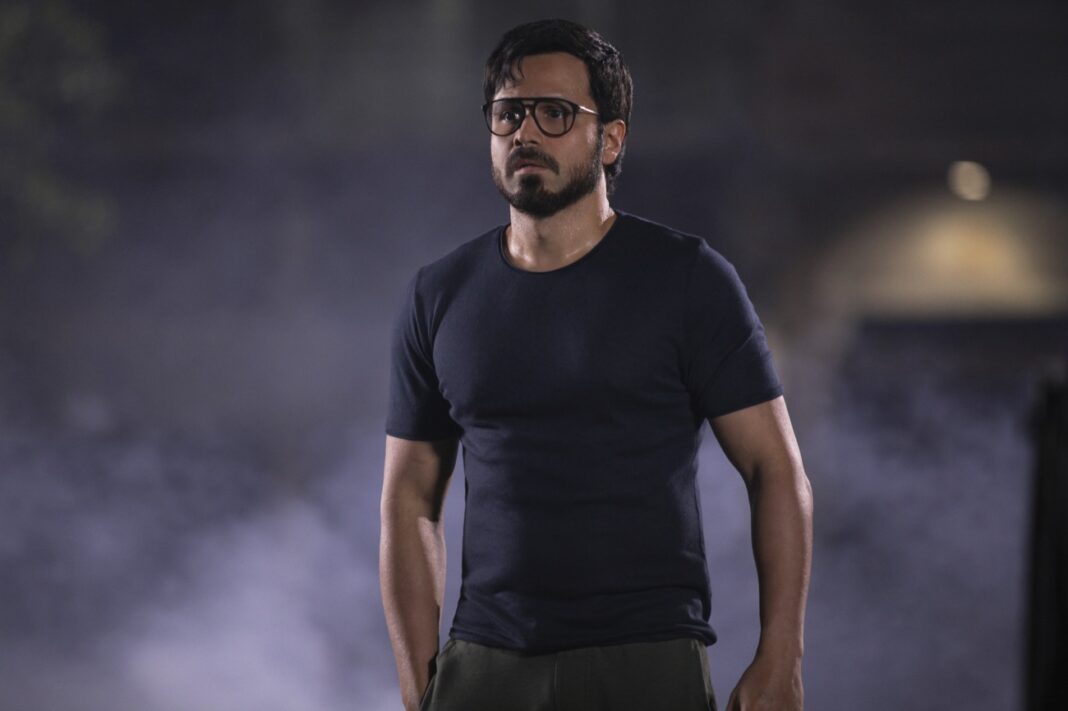 Get ready for the supernatural thriller as it leaves you with an unsettling mystery that looms ahead to unravel.

‘Dybbuk: The Curse Is Real’ brings Bollywood’s one of the best and hit combos back together, Emraan Hashmi and Horror films are a match in heaven (… or hell…).

And the excitement around the film couldn’t have been higher, especially since it’s the Halloween weekend.

Releasing as an Amazon Original film, the movie brings a new story with even newer twists. The trailer of the film has managed to create immense intrigue and scare for the film.

With sheer coincidence the trailer of the film was also trending on the scary, horror associated number 13 a few days earlier. Now as the film releases, Emraan has opened up on working in a horror film.

Emraan shared: “I have a love story with horror films. I keep doing it. And this will go on further.

“I personally didn’t know their beliefs, mythology, and when Jay told me I was very intrigued.

“I can really say is Neitzens / audiences have got scared of horror in Raaz 2 and Ek Thi Dayan then I can vouch and say – Dybbuk is ten times higher in terms of horror quotient and narrative style is new and unique.”

Recently the film’s trailer was unveiled and in it Nikita’s character was seen opening a Dybbuk box that had trouble written all over it, what follows next is a series of terrifying events that will keep the audiences at the edge of their seats.

Emraan also opened up on if or not he believes in ghost, he shares: “I have made and acted in so many horror films, now I think I have started seeing things now and become a believer.

“My director (Jay K) has also made me a believer.

“I would admit I am a bit 50-50. I am torn and little skeptical and I am believer and enjoy ghost in your living room.”

“I would admit I am a bit 50-50. I am torn and little skeptical and I am believer and enjoy ghost in your living room.”

The film’s trailer was unveiled a few days earlier and gave a closer look at what the movie is about. Nikita Dutta’s character opens a Dybbuk box and what follows later is yet to be seen. Emraan Hashmi stars in the film with Nikita Dutta and Manav Kaul in prominent roles.

The film marks the digital debut of Emraan Hashmi and is all set to release on 29th October, 2021 on Amazon Prime Video.

Written and Directed by Jay K, the upcoming Amazon Original film is the official remake of 2017 Malayalam blockbuster film – Ezra. The music is given by Clinton Cerejo.

Nathalia Kaur: Shah Rukh Khan is the epitome of a perfect...