In what has been hailed as a landmark judgment, the Supreme Court has ruled in favour of Manchester Building Society in its long running dispute with its former auditor, Grant Thornton.

Between 2004 to 2010 the Society purchased and issued lifetime mortgages. These were mortgage loans designed to release the equity in the borrower’s home. Interest on the loan was charged at a fixed rate but neither the interest nor the capital was repayable until the borrower died, left the property or chose to repay the loan.

However, the value of the swaps fluctuated according to interest rates and their value had to be reported in the Society’s accounts and this would have produced an unacceptable level of volatility in the accounts.

To mitigate this, the Society adopted “hedge accounting” which effectively hid swings in the Building Society’s capital position but this resulted in a severe disparity between the negative value of the swaps (as a consequence of the financial crisis in 2008) and the value of the mortgages which they were meant to hedge.

However, in 2013 Grant Thornton informed the Society that it was not after all permitted to apply hedge accounting in preparing financial statements. This resulted in the Society having insufficient capital to comply with Bank of England rules. To rectify the situation, the Society had to close out the interest rate swap contracts early at a cost to it of over £32m. The Society sought to recover this sum from Grant Thornton.

Grant Thornton admitted that it had been negligent but defended liability on the basis that the swap rate cost did not fall within its scope of duty when it gave the advice and undertook the audits. The High Court and the Court of Appeal agreed with Grant Thornton, but the Supreme Court has overturned those rulings.

The Supreme Court found that the loss suffered by the Society was a loss which fell within the scope of the duty of care assumed by Grant Thornton, taking into account the purpose for which they gave the advice regarding hedge accounting.

It found that the scope of duty of care assumed by a professional adviser is governed by the purpose of the duty, judged on an objective basis by reference to the reason why the advice was being given.

Therefore, in the case of negligent advice, the Court should consider what risk the duty was supposed to guard against and whether the loss suffered represented the fruition of that risk.

The Supreme Court awarded the Society damages totalling £13.4m, the amount being reduced by 50% for contributory negligence as the Society was partly to blame for the situation it had found itself in. On the facts of this case that contribution was considered to be “a fair and reasonable allocation of risk of the loss between the parties”.

This judgment will now make it easier for Claimants who have suffered a loss as a result of negligent advice to pursue claims against their professional advisers as it provides a more generous and expansive test for the scope of duty of the adviser.

Professionals will undoubtedly now be looking more closely at their retainers to consider what risks they are being retained to advise on and, more crucially, how they can guard against those risks which they are not being retained to advise upon. Such an approach will help to mitigate against an assumption of any responsibility that may not be obvious from the scope of the retainer.

If you are involved in any professional of negligence claim, then Blacks Solicitors have specialist lawyers who can assist. Please contact Luke Patel on 0113 227 9316 or by email at “LPatel@LawBlacks.com”. 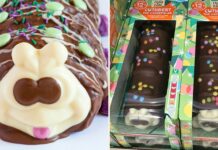 The difference between defamation and malicious falsehood