He is due to appear on bail at the same court on Tuesday, 25th May for sentencing.

The court heard that on 4th June 2019 officers from the Online Child Abuse and Exploitation Unit (OCSAE) executed a search warrant at his home address in Enfield.

Officers arrested Allgood at the address on suspicion of being in possession of indecent images of children.

In total, 20 devices were seized from his home. Allgood was released on conditional bail pending further enquiries.

The devices were analysed, and indecent images of children were found.

Of the 20 exhibits seized, five electrical devices i.e. laptops, USB, hard drives were found to have indecent images of children.

Allgood was charged by postal requisition on 23rd November 2020.

He was suspended from all duties in January 2021. 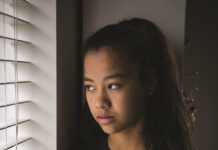