Home News Dad RAFFLES his family home in Chesterfield for just £5 a ticket! 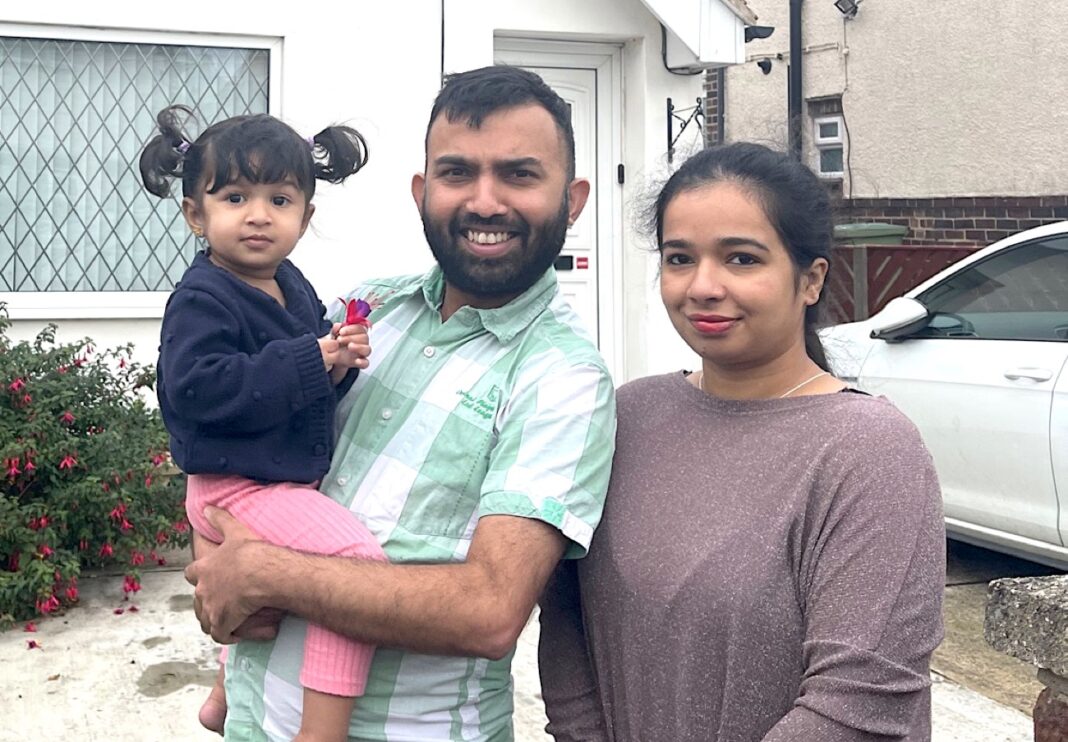 A family in north Derbyshire fed up with struggling to sell their home during the pandemic are raffling it off for just £5 a ticket!

The lucky winner will snap up the ‘amazing opportunity’ of owning a £170,000 recently refurbished three-bedroomed house in Bolsover completely mortgage-free.

Sreekanth Balachandran (Sree), 37, and his wife Surya, 28, originally from Kerala in India, moved into the house on Houfton Road five years ago, and have this year been trying to sell up during the pandemic to a home more suited to the needs of their family.

The main reason for their need to move to Staveley, is so their two-year-old daughter Malavika can attend nursery there, and with it being a bigger house will mean Sree’s sister can come live with them.

MBA student Sree, who works as a manager at a post office came to the UK for further studies. His wife left her job as a professional dancer in India in support of her husband’s higher education. They spent in excess of £30,000 renovating their home.

However, despite plenty of interested parties, and numerous viewings later, the couple have become thoroughly disheartened with the sales process during Covid-19.

“After spending so much on bringing this house to modern standards, we thought we’d have no problem selling our home. We’ve had so much interest but no sale.

“With the need for us to move becoming more and more imminent and after much deliberation, we decided that we had to do something drastic.

“We got the idea of putting the house up for raffle from a news article, and though it was a scary prospect, eventually decided to take up this option.

“It was not an easy decision, but one we took it as the time demanded it.

“Basically we could now hopefully change someone’s life with a mortgage-free home, and give a second prize winner £10,000 deposit money.”

The family are also hoping to donate £5,000 to Chesterfield homelessness charity, Pathways, in a bid to make a number of people’s Christmas better.

Sree adds: “I also like the idea of giving someone an opportunity to get a mortgage-free house for just a fiver.

“And it is 1 in 60,000 chance to get one compared to millions with the National Lottery.

“We will also get a better price for the house and give us that extra deposit for the new mortgage. Where else can you get a house for a fiver? It is an opportunity for someone’s dream to come true.”

The house has recently been decorated to an extremely high standard and is in a good neighbourhood. “The only sad part for us is we will miss the neighbours who are like family. They love my daughter – she was born in this house,” adds Sree.

Click here for more information and to snap up one of the 60,000 tickets.