But a young Bradford primary school boy is the youngest Briton to recite the value of Pi to a whopping 104 decimal places in the quickest recorded time of 29 seconds.

Five-year-old Muhammad Ahmad Khan from Bradford achieved the challenge at his school after performing the feat in his Horton Grange Primary school, to mark international Pi Day.

Pi is used in maths, physics, space exploration and supercomputing-because its value can be used in calculations for circles, cylinders and waves, and is calculated by dividing a circle’s circumference by its diameter. The first digits, 3.14 are well known, but the number is infinitely long and extending the sequence is difficult because the number follows no pattern. 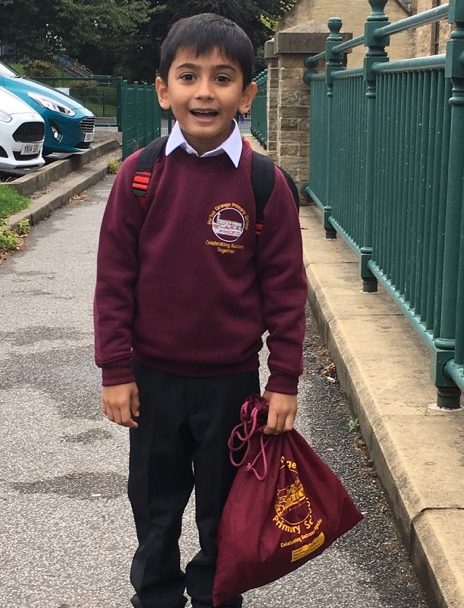 Ahmad, son of British-Pakistani parents Muhammad Yasir Khan and Hina Gull, is usually a very quiet and shy boy and does not speak much in front of people. Spending much of his time reading books, David Walliams being a huge favourite, the little whizz kid has also shown a keen interest in computer coding.

“To overcome his inhibitions, both myself and my husband took it in turns in helping Ahmad recall the Pi value in the fastest possible time. The challenge was for him to be able to perform it with an audience looking on, nerves can sway even the most well-seasoned speakers,” says mum Hina – a London School of Economics graduate.

Dad Yasir comments: “We are very proud of Ahmad and what he has achieved. Ahmad loves maths at school, and it was only fitting that he should take on this challenge considering it’s his favourite subject.”

Ahmad secured 54 position in United Kingdom and in World stands at 789 Position.

The life of Pi

π Pi has been known for nearly 4,000 years and was discovered by ancient Babylonians. A tablet from somewhere between 1900-1680 B.C. found Pi to be 3.125. The ancient Egyptians were making similar discoveries, as evidenced by the Rhind Papyrus of 1650 B.C. In this document, the Egyptians calculated the area of a circle by a formula giving Pi an approximate value of 3.1605.

π The first calculation of pi was carried out by Archimedes of Syracuse (287-212 B.C.). One of the greatest mathematicians of the world, Archimedes used the Pythagorean Theorem to find the areas of two polygons.

π Pi began being symbolised by the pi symbol (π) in the 1706 by the British mathematician William Jones, who used 3.14159 as the calculation for Pi.