A Bradford teenager with learning difficulties and a “fire obsession” has been detained for starting a blaze that engulfed a four-storey mill causing £500,000 worth of damage.

At the time it had taken eighty firefighters to tackle the fire on Rebecca Street, Bradford, in December 2017.

Then aged 18, Nadeem had told a hostel worker he was annoyed with lawyers who had an office there.

Nadeem was sentenced to four years in a young offenders institution and four years on extended licence. 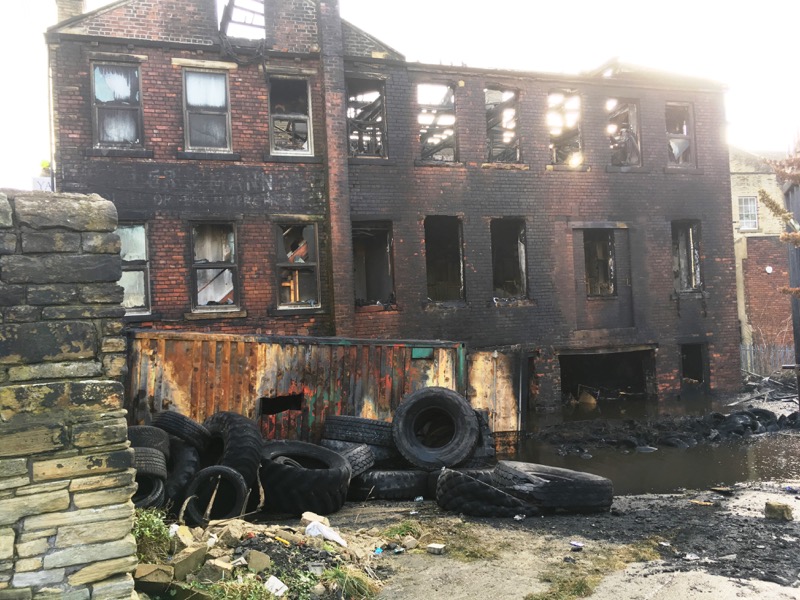 The hostel worker contacted the police when he later saw media coverage of the huge blaze, and last June Nadeem, now aged 19, was found guilty of arson by a jury.Glenn Parsons, prosecuting, said that Nadeem, who was diagnosed with autism at the age of seven, had spoken about his fascination with fire and had footage on his mobile phone from other fires.

The court heard he suffered from “cognitive impairments”, and his barrister Simeon Evans said the teenager had clearly not had the assistance he needed.

Mr Evans said there was no evidence that Nadeem had started the fires captured on his mobile phone, and he suggested that the teenager’s interest was in fire engines and the response to fires.

The judge, Recorder Simon Eckersley, noted that Nadeem’s mother had expressed concern about his “obsession with fire and fire-starting” as long ago as 2007 and the teenager himself had reported setting fires previously.

Serving a ‘side of charity’ with tea and coffee in Bradford