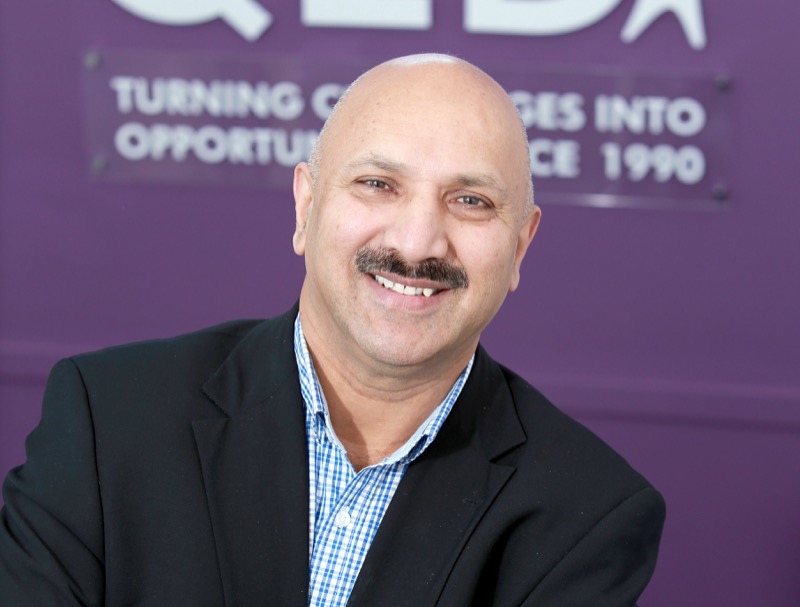 A Bradford charity is calling for compulsory training to ensure managers make jobs available to people of all ethnic backgrounds.

QED Foundation has been helping people from disadvantaged communities to fulfil their potential since 1990. Founder and chief executive Dr Mohammed Ali OBE was recently a panel member at the launch of a new report into racial discrimination in the labour market by the Centre For Social Investigation at Oxford University’s Nuffield College.

“It’s depressing to see that little has changed in the last 50 years,” says Dr Ali.

“A few had dogmatic and prejudiced views about people who are not white, and Muslims in particular. On the other hand, a small number were committed to equality and justice. But the vast majority simply created unnecessary barriers to progress through making false assumptions about people of other faiths and ethnicities.”

The Nuffield College report showed that BME candidates had to make 60% more applications before being invited to job interviews than their white counterparts, even if they sent the same CVs and covering letters. Some groups, such as Pakistanis, Nigerians and people of Middle Eastern and north African origin, fared even worse.

All the applicants stated that they were British-born or had arrived in the country at the age of six and trained in the UK so the disparities could not have been due to concern about foreign qualifications or their fluency in English.

“As well as working with employers, QED Foundation helps people from ethnic minority communities to find work and succeed in their chosen careers,” continues Dr Ali.

“This research echoes our experience that some groups face more barriers to progress in the workplace than others, and the situation can be even worse for women from these backgrounds and Muslims.

“We want it to be compulsory for managers of large and medium-sized companies to undergo training to ensure that jobs and apprenticeships are available to all in every industrial sector and level of seniority. Targets should be set for workforces to reflect local ethnic diversity.”

It wants to see greater transparency in ethnicity monitoring, which should  capture the individual backgrounds of applicants and staff rather than conflating several groups under broad headings. The charity also advocates name-blind recruitment and would like economic regeneration initiatives to take the needs of minority communities into account, especially where they live in geographically segregated locations.