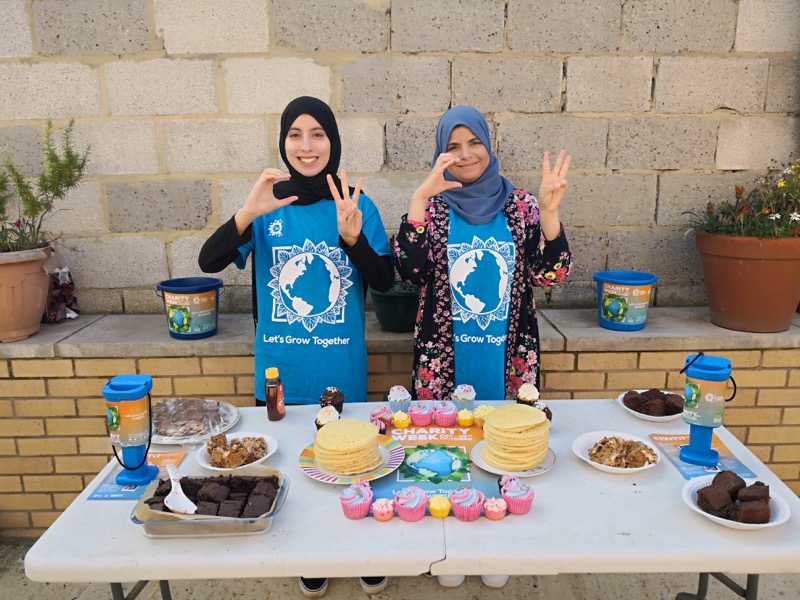 Bradford was named early this year as the worst hot spot in the country for fly tipping and students at Bradford University are rolling up their sleeves to organise a community litter picking session in Seymour Park in BD3, on Friday 26 October.

Yorkshire students from Bradford and York are set to raise thousands of pounds for children and orphans around the world through various fundraising challenges as part of this year’s Charity Week.

“As the theme for Charity Week this year is environment we thought we’d organise a community litter pick. BD3, where I was born and brought up, is one of the most deprived areas of the city so we thought it would be good to concentrate our efforts there.”

Charity Week takes place between 22-28 October this year and involves mainly Muslim students up and down the country donating their time, energy and goodwill to raise money for Islamic Relief.

Items to be sold at the auction include Misbah-ul-Haq’s cricket bat and pieces of art from local calligraphers.  Misbah-ul-Haq was Pakistan’s most successful Test captain with 26 wins.

Aminah Abdelhamid, a third year nursing student at York University and Charity Week organiser, said: “The University of York has very few Muslim students compared to other universities but we have gone from strength to strength since we started two years ago.

“In our first year we raised £1,200 and this year we have already raised £4,800 and that’s just online. All students have got on board, uniting to help raise as much funds as possible for such a good cause and to help Charity Week grow.

“But it’s not just about fund-raising, it’s also about uniting to help local communities and achieve common goals.”

Bradford volunteer, Muriam Bi (28) who worked as a pharmacy technician at Leeds Royal Infirmary said: “I’ve been a volunteer for Islamic Relief for the past 18 months and we have done a lot to raise funds for vulnerable people in some of the poorest countries of the world.

“However, on this year’s Charity Week I also wanted to do something for the people in Bradford.

“As the theme for Charity Week this year is environment we thought we’d organise a community litter pick. BD3, where I was born and brought up, is one of the most deprived areas of the city so we thought it would be good to concentrate our efforts there.

“Unity is one of the driving forces behind Charity Week and we are uniting with students and community members, both Muslim and non-Muslim, to work together for a good cause.”

Students will also be raising funds by taking part in the Bradford City Run and organising collections in schools, mosques and temples throughout the city.

Local restaurants are also getting involved. Chaiwalla in Batley, for example, will be collecting donations in their restaurant.

Charity Week began as an annual volunteer-led campaign launched by a group of students in London back in 2003.  Over the years it has raised over six million pounds!

There is also a spiritual side to the Week. Dr Wajid Akhter, formerly a volunteer for Islamic Relief, founded Charity Week said:

“Charity Week isn’t just a fundraising initiative. There are many of those around. Instead, in an age of increasing polarisation, mistrust and conflict,   Charity Week is a practical example of what happens when people decide that they will put aside their differences and work together to build a better, more hopeful world.”

All the money raised during Charity Week, goes towards supporting children’s projects run by Islamic Relief in the UK and around the world. The projects are wide and varied and include building schools in Mali, refurbishing orphanages in Syria and helping children to go school in Afghanistan.

The community litter picking event in Bradford 3, starts at 10am in Seymour Park on Friday 26 October.