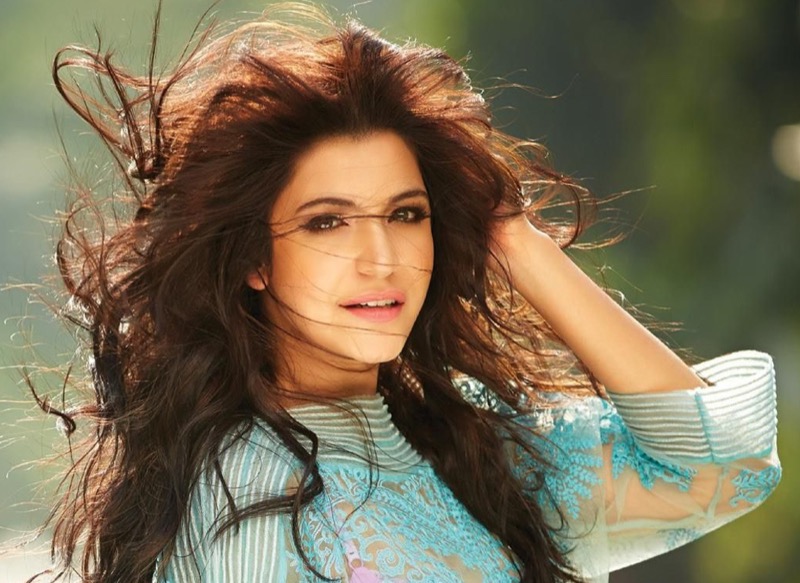 Anushka Sharma has completely de-glamed for her role as a rural housewife in the next Yash Raj film.

Anushka plays a simple, down to earth, sincere yet ambitious embroiderer from heartland India in Yash Raj Film’s upcoming entertainer Sui Dhaaga – Made in India.

Anushka’s character in the film becomes self-reliant by using her talent of embroidering and she makes a name for herself in her community along with her husband, Mauji, a tailor.

Anushka’s look in this much-awaited film has been extremely praised and the costume director, Darshan Jalan, revealed how he studied rural housewives to finalise Mamta’s look on Anushka.

“Anushka’s character and look brief was very simple which (to be honest) makes things more complex because it must be relatable.

“The character is that of a housewife living on a lower middle class income in city outskirts! It was clear from the get go that Anushka would wear synthetic saree(s) primarily because they are cheap but most importantly it’s washes easily and dries quickly.” says Darshan.

He adds, “In my opinion, achieving the day to day look of a regular person is more challenging because there is no room for error.

“We come across these people every day and I studied them thoroughly before finalising every minute detail. I have vivid memories of a lady coming to our house on Saturdays (we called her Shanivaar Wali), to collect donation for the local temple. She always wore synthetic saree in same colour tones, always covered her head – which is not only a tradition but a shield from heat and cold! Memories like these become reference points!”

Anushka says, “I love Mamta’s look! It’s so simple and so different from how audiences have seen me in movies. I’m thankful to the audiences who have loved Mamta after seeing the trailer and full marks to Darshan and my make-up artist Clover Wootton for making Mamta raw, real and relatable.

“From the pallu over my head, to the dhaaga that I wear around my neck to the decision to go completely without make-up, all this has created this character. The best part was that it took flat 20 minutes to get into Mamta’s look. Mamta will always be a very, very special role in my filmography.”

A film about finding love and respect through self-reliance, Varun Dhawan is paired opposite Anushka. Both champion actors, Anushka and Varun have been paired for the first time and are definitely the most awaited on-screen pair of 2018. Yash Raj Films’ entertainer Sui Dhaaga – Made in India is set to release on September 28 this year.

Sui Dhaaga – Made In India brings together National Award winning producer-director combo of Maneesh Sharma and Sharat Katariya after their blockbuster Dum Laga Ke Haisha. The film is a special salute to the inherent entrepreneurial spirit of the youth of India and its local artisans.