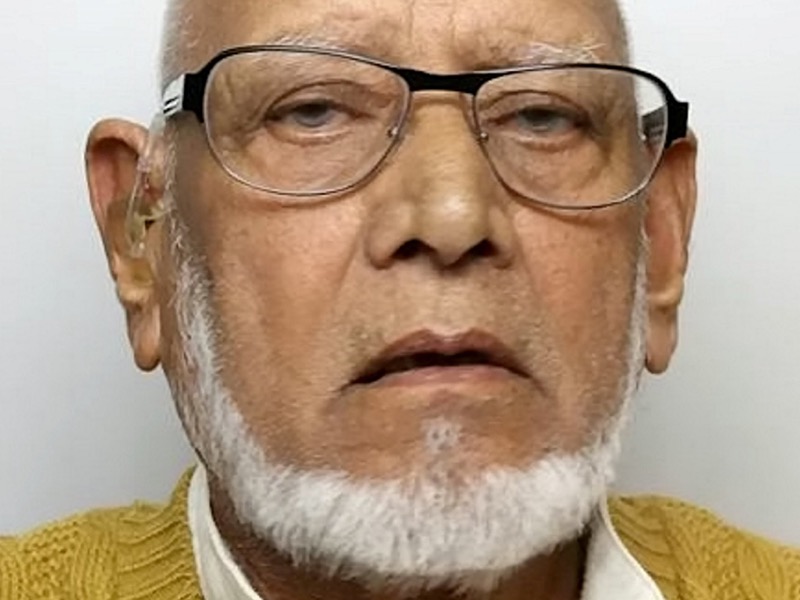 A “dishonourable and wicked” pensioner who fathered three children with his own daughter has been jailed for four-and-a-half years.

Ashraf Khan’s twisted secret was only discovered after his victim confessed on her deathbed in the early 1990s. The daughter’s husband, who had DNA tests done to confirm the children’s parentage, finally reported the matter to police in 2012, but continued to care for the children.

Bradford Crown Court heard the defendant’s daughter was aged about 20 when she gave birth to the first child.

The Recorder of Bradford Judge Jonathan Durham Hall QC described the woman’s husband as an honourable man because he had continued to care for the children even after a DNA test confirmed his wife’s revelation.

The husband reported the offences to the police in 2012, but Khan was not questioned about the allegations until he returned to the UK from Pakistan in 2016.

He initially denied having any sexual relations with his daughter but in May this year he pleaded guilty to the three charges of incest.

Prosecutor Abigail Langford said the victim impact statement provided by the children included a tribute to their late mother’s husband for his fortitude and selflessness over the years.

“Your honour sees the psychological damage that they have outlined and how their physical health has been impacted by their paternity,” she added.

Jailing Khan, Judge Durham Hall described him as a “very dishonourable” and “wicked” man.
The judge said the daughter’s deathbed confession must have been dreadful as she unburdened the trauma she had carried about her father.

Judge Durham Hall said the harm caused was “off the scale” and he noted Khan was only described as a man of good character because he had got away with it for years.