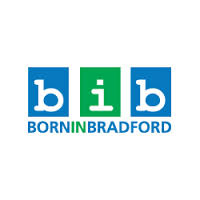 Born in Bradford (BiB) is gearing up to host a conference which will look at why British Muslims suffer from chronic diseases and childhood obesity  at a higher rate than the wider population.

The event, being held at the University of Bradford on September 12, is hoping to attract leading researchers from across the UK.

The academics, clinicians and representatives from the British Muslim community will discuss and debate the reasons for health inequalities and explore the roles of low levels of physical activity, diet, migration, deprivation, gender stereotypes and even myths have on people’s wellbeing.

“In Born in Bradford we have shown that this risks starts in early life.

“Religious settings provide a key setting for health promotion for these children and our work with mosques has demonstrated how we can develop culturally sensitive approaches to healthy living.”

The conference is being organised in partnership with the Muslims in Britain Research Network and University of Bradford.

The conference will also find out about the latest news from BiB, the UK’s largest medical study of its kind, which is tracking the health of 13,500 children growing up in the city.

The project looks at why some children stay healthy while others get ill and what helps children do well at school. BiB is also exploring how mosques and madrassa in Bradford can be used for preventing childhood obesity and general health promotion.

For more information go to www.borninbradford.nhs.uk