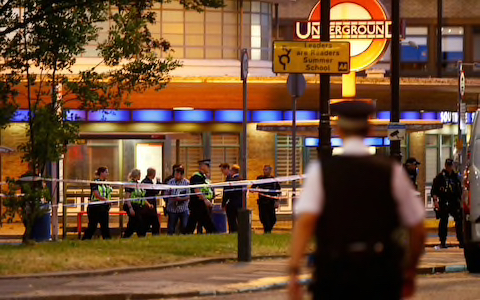 Police have said said the cause of the explosion at a north London Tube station which has left five people injured was due to a faulty drill  battery. A 23-year-old man was arrested.

The man was held on suspicion of an act likely to cause an explosion to injure or damage property, and endangering safety on the railway.

The station was shut and a cordon set up after the explosion occurred at about 19:00 BST.

London Ambulance Service said they treated three people at the scene for minor injuries while two others were taken to hospital.

The Met responded to the incident, which is now being investigated by British Transport Police.

The station has reopened with services running although some officers remain in the area to provide reassurance to passengers, British Transport Police said.

London Mayor Sadiq Khan said the explosion had been “confirmed as non-suspicious” and praised the emergency services “for a swift and professional response”.

The arrested man, who is from Enfield, has been released under investigation pending further enquiries.