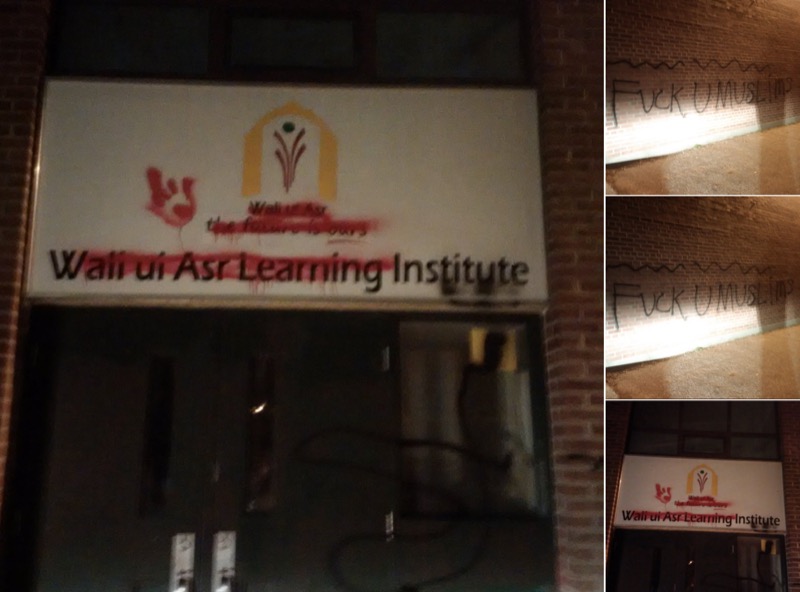 Racist graffiti has promptly been removed from the walls of a Muslim school in Toronto’s eastern region, Scarborough, after a city councillor spotted the hateful messages spray-painted on the brick walls.

The Toronto Councillor Glenn De Baeremaeker who discovered the expletive-filled vandalism while out for a morning walk, denounced the defacing of Wali ul Asr East learning institution on Tuesday 23rd May, which had been spray painted with racial rhetoric.

“The first thing I thought is ‘I can’t let the kids see this tomorrow morning,” said Baeremaeker.“It’s disgusting. It’s not who we are.”

“I can’t imagine a 5-year-old or 10-year-old innocent child coming to school and parents having to walk past this type of hateful, racist graffiti.” Councillor Glenn De Baeremaeker

The racist graffiti messages, which read “FUCK U MUSLIMS,” was first obscured by vehicles before being removed from the walls of the school by workers. The messages were spray-painted in red and black on the brick walls of the school.

“We’re going to have 250 kids come here this morning. We don’t want them to see that as they walk into school. I can’t imagine a 5-year-old or 10-year-old innocent child coming to school and parents having to walk past this type of hateful, racist graffiti.”

The local Muslim community have thanked Toronto Council for acting so expedtiously, while Wali ul Asr Muslim school said that they were grateful to the city councillors, the city crews and the larger community for the outpouring of support that they’ve received since the incident.

“The actions of a misguided individual does not change the spirit of coexistence that is an integral part of the fabric of the Canadian society. We plan to use this incident as a positive learning experience for our students and have them focus on the exceptional support we are receiving,” said a spokesperson for the school.

“In these holy days of Ramadan, we thank Allah for being part of a respectful and tolerant society; the actions of a misguided individual does not change the spirit of co-existence that is an integral part of the fabric of the Canadian Society,” they added.

Other graffiti, which crossed out words in red spray paint on a school sign and depicted a middle finger, was being washed off early Tuesday afternoon.

The anti-Muslim graffiti on Wali ul Asr is the kind of hateful act & language that has absolutely no place in Toronto. This hatred is unacceptable at any time but it is disturbing someone would choose to do this during Ramadan.

Toronto’s Mayor, John Tory, spoke out saying that this type of hatred is “unacceptable at any time but it is disturbing someone would choose to do this during Ramadan.” He urged police to “use every effort to track down whoever did this.”

City officials said detectives are investigating the incident as “mischief “relating to the property.

The courts will, at a later date, be tasked to determine whether the act falls under the category of a hate crime.

“This is not who we are in the City of Toronto,” Jim Karygiannis, councillor for Scarborough-Agincourt, responded. “This is just one individual — deranged individual — that needs to be charged, and I hope that the full force of the police comes underneath him.”

This is the third such incident at the school.

Both councillors Karygiannis and De Baeremaeker have requested funding to install surveillance equipment. “We live in a city where diversity is our strength, that’s our motto,” Karygiannis said. “For somebody to do this, it gets me very upset.” 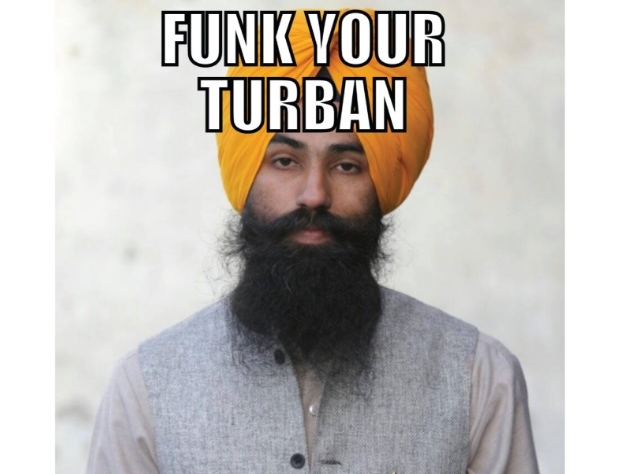 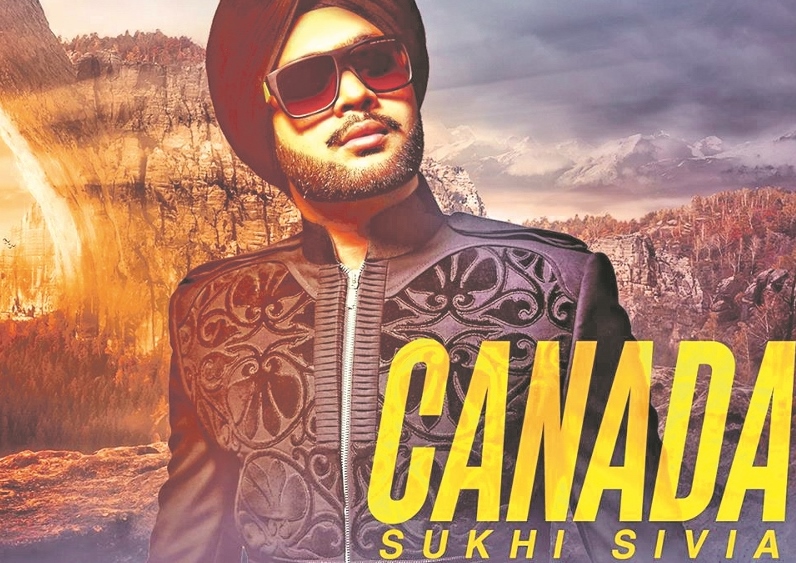