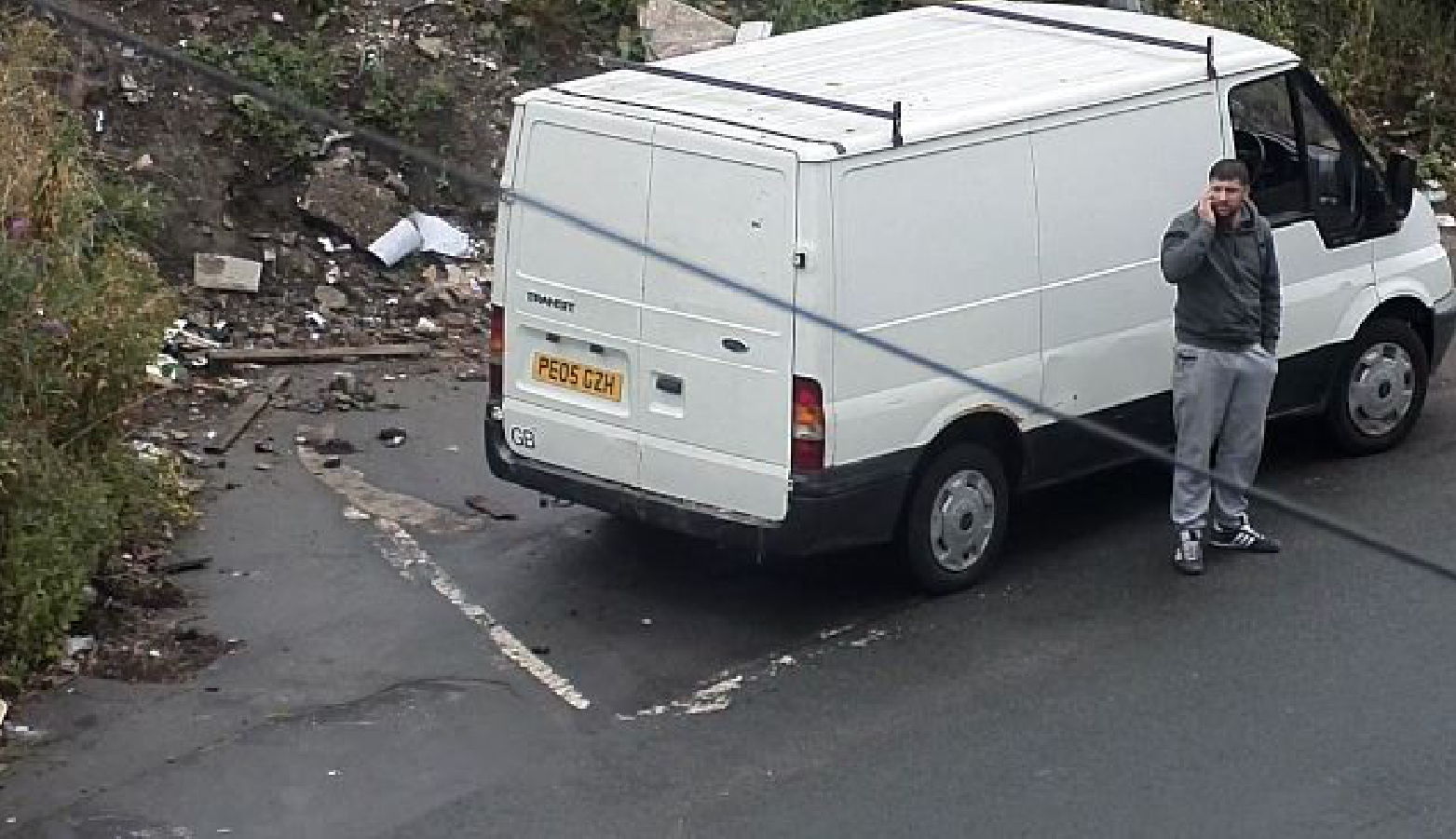 A persistent fly-tipper was caught on camera using a van, which was later crushed by Bradford Council.

The Ford Transit van was linked to multiple fly-tipping offences across the district and it was seized after being spotted on a grass verge in Lynfield Drive, Heaton.

Imran David Bham and another person were filmed using the van to fly-tip in 2016 but he was not identified and brought to justice until this week. The other man has not been caught.

At Huddersfield Magistrates’ Court, Mr Bham, 31, of Chellowfield Court, Heaton, Bradford, pleaded guilty to four offences of fly-tipping on the same day in August 2016 at an area near Leeds Road, Bradford.

He also admitted obstructing a Council enforcement officer by refusing to give information about the other person involved.

Sentence was adjourned until 2nd March at Bradford Magistrates Court for a pre-sentence report to be prepared.

At the time the vehicle was seized, local enquiries failed to find anyone willing to identify themselves as the owner of the Ford Transit.

It was found to contain a load of waste which could have been intended for another fly-tip.

After being taken away, the van was fed into to the crushing machine at the yard of CJ Metal Recycling Ltd in Keighley.

Using a law which came into force in 2015, the Council can seize vehicles if there is evidence that it has been used for fly-tipping and there is a suspicion that it may be used again.

Councillor Sarah Ferriby, Bradford Council’s Executive Member for Environment, Sport and Culture, said: “Fly-tipping is a dreadful blight on our community and we are determined to try our best to catch the criminals who try to get away with dumping rubbish, no matter how long it takes.

“Seizing vehicles is just one way of continuing the fight against fly-tipping. So if you don’t want to lose your vehicle, get issued with an immediate Fixed Penalty Charge, or end up before the courts and even, in some cases, behind bars, dispose of your waste properly.

“If you see fly-tipping taking place, please note down as many details as possible, including the vehicle licence plate number and inform the Council.”

Fly-tipping can be reported be calling the Council 01274 434366 and asking for the Environment Enforcement Team or online at www.bradford.gov.uk.