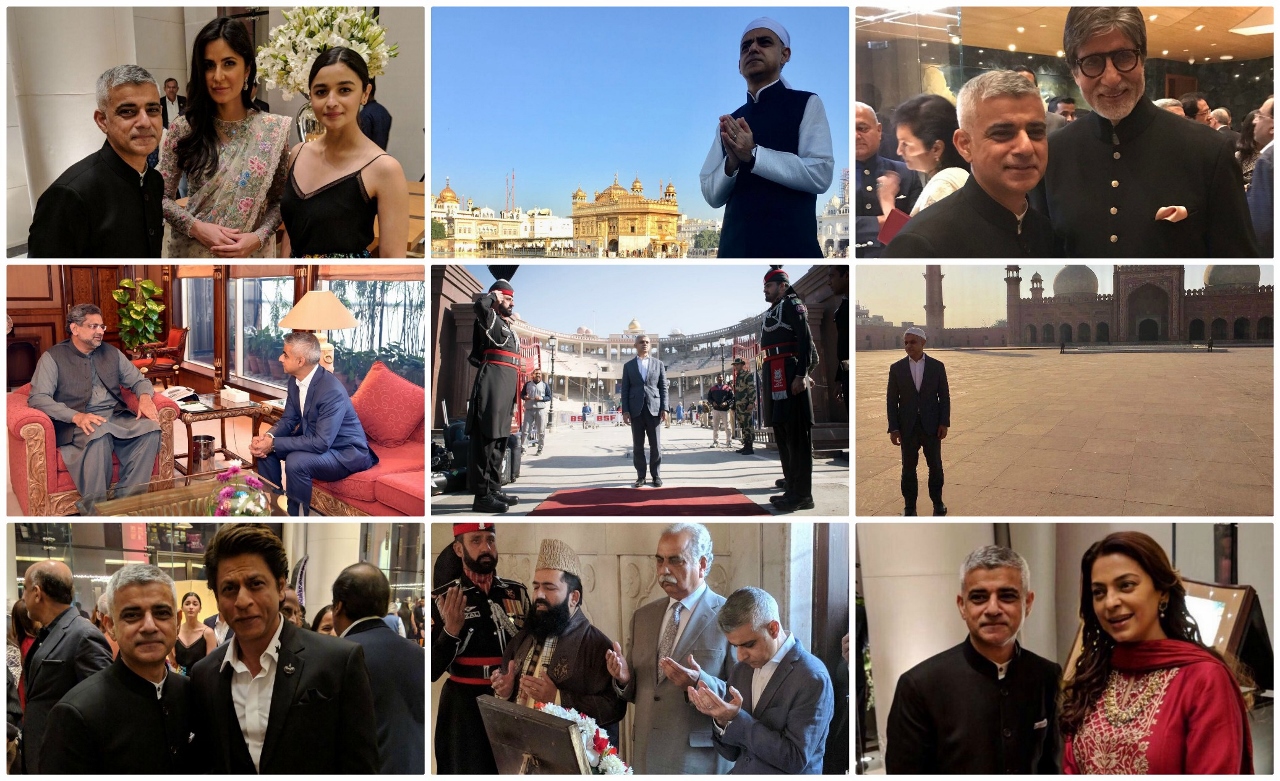 Mayor Sadiq Khan led a trade mission to India and Pakistan, meeting top business figures from the IT industry to entertainment magnatess with a view to boosting economic and cultural ties with London.

The visit, the first by a British politician to both countries in recent times, saw the Mayor take in Mumbai, Delhi and Amritsar in India before going on to Lahore, Islamabad and Karachi in Pakistan.

Sadiq was accompanied by a delegation of UK business leaders and will meet with politicians, investors and entrepreneurs from across South Asia on the trip, which is aimed at strengthening trade and investment links as well as promoting cultural exchange.

A historic visit to Sri Harmandir Sahib, often known as the Golden Temple, in Amritsar. During his tour of the Golden Temple, the most important pilgrimage site of Sikhism, Sadiq Khan met with volunteers who were preparing food for the local community. He also saw the Baba Deep Singh shrine and the Pool of Nectar before visiting the Jallianwala Bagh memorial and garden.

Mayor of London, Sadiq Khan became the first British politician of his generation to make the journey between India and Pakistan on foot at the Wagah border crossing. The mayor, whose family originated in India but moved to Pakistan after partition, described it as an emotional journey, retracing his grandparents’ steps.

On 6th December Sadiq Khan visited the historic Badshahi Mosque and Iqbal’s mausoleum in Lahore where he offered Fateha (prayer). He was accompanied by the Mayor of Lahore.

Mayor of London, Sadiq Khan, meets with Pakistan Prime Minister Shahid Khaqan Abbasi to discuss the strong links between the UK and Pakistan.