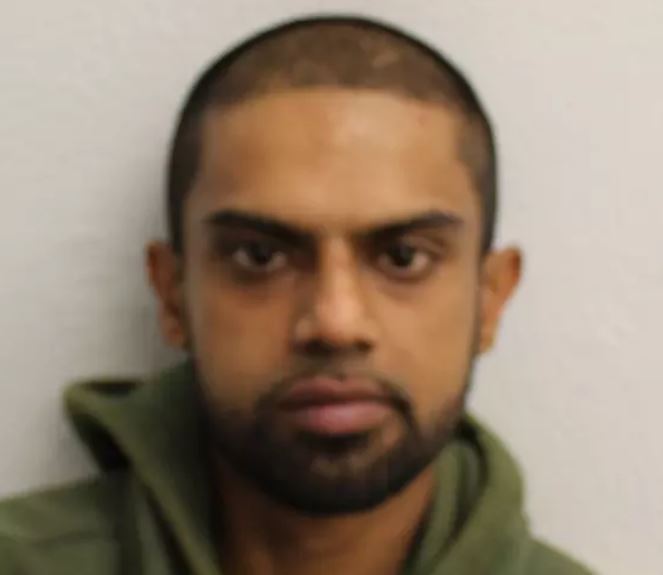 A man involved in a series of knifepoint robberies on minicab drivers in east London has been jailed for six years.

Mejanoor Rahman, 31 (08.11.86) of Carr Street, Tower Hamlets, pleaded guilty at an earlier hearing to six counts of robbery and one count of fraud, having been charged on 16 September.

He was sentenced at Snaresbrook Crown Court on Thursday 23 November.

On 5 September, at around 22:15hrs hours, the victim was delivering a pizza to an address on Camdenhurst Street, Limehouse E5. Two men approached him, and one man held a knife to his neck while the other took the victim’s mobile phone, cash and other belongings.

They then switched their attentions to private hire vehicle (PHV) drivers. Between 8 and 15 September, the two men carried out five further knifepoint robberies on PHV drivers in the Mile End/Limehouse area. They assaulted two victims and on three occasions they stole and later abandoned a victim’s car.

On 15 September two detectives on patrol in Carr Street E14 spotted Rahman and he matched the description of one of the men involved.

The officers stopped and searched Rahman, and he was found to be carrying two mobile phones that were used to call one of the private hire companies. He was subsequently arrested for conspiracy to rob. A search of his home address found stolen property linked to the victims. Rahman was identified as the person who brandished the knife in these incidents.

Officers analysed CCTV which showed Rahman using a bank card stolen shortly after one of the robberies, and one witness took a photo of Rahman by one of the vehicles that was abandoned.

Officers analysed CCTV which showed Rahman using a bank card stolen shortly after one of the robberies. He was also identified in a photo taken by a witness as he was acting suspiciously near to one of the stolen vehicles.

Detective Constable Billy Gare of Tower Hamlets CID said: “Rahman and another man we have not yet traced carried out a 10-day spate of terrifying knifepoint robberies where they targeted drivers just doing their jobs.

“Thanks to a diligent witness and descriptions of the men given, police were able to identify and arrest Rahman, putting an end to this spree of violent incidents.

“We are still seeking the identity of his accomplice, and would urge anyone with information about this man to come forward.”

If you know the identity of the other man involved, call Tower Hamlets CID on 101, or call Crimestoppers anonymously on 0800 555 111.