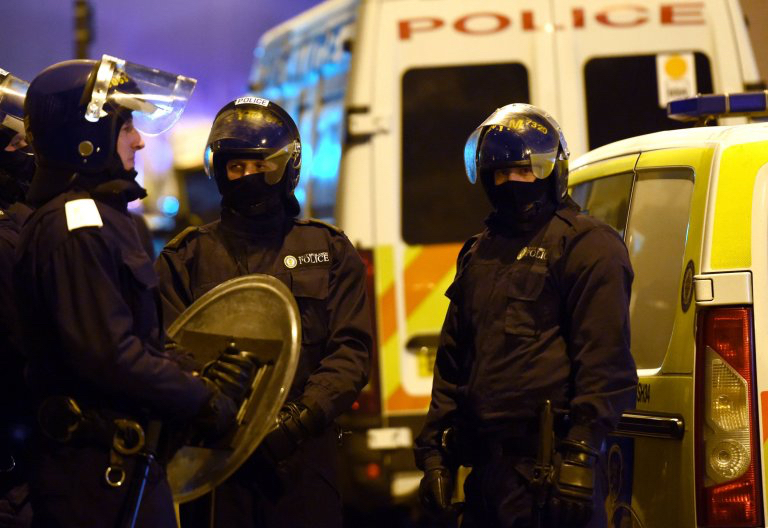 Prisoners took over a wing at HMP Birmingham in the latest riots to hit a UK prison.

Shocking footage showed armed officers sent in after a riot broke out one of the country’s biggest prisons after mutinous inmates refuse to return to their cells.

The seven-hour stand-off began after a number of prisoners refused to return to their cells at the end of the evening in the category B and C jail.

Tornado teams – made up of former SAS soldiers and specialist officers – were sent in to quash the unrest.

It comes after a 12-hour riot where inmates caused £2 million worth of damage and took over four wings of the prison in December last year.

They started fires, smashed offices and cells and even used fire hoses to spray officers.

More than 460 prisoners were subsequently removed from the Victorian-built jail.

Prisoners spend an average of around six-weeks in the local prison, which tends to house inmates between court hearings.

The jail, run by security firm G4S, holds sentenced, remand and recall inmates. It also houses a sex-offender wing and prisoners on life or indeterminate sentences.

The city centre jail, formerly known as Winson Green, can hold up to 1,450 inmates.

Richard Stedman, who took over as HMP Birmingham governor in April, earlier this year told the admitted there was too much violence in the prison, blaming mind-altering drugs such as Black Mamba.

A spokesman for the prison said: “Specially trained prison staff successfully resolved an incident at HMP Birmingham on 3rd September. There were no injuries to staff or prisoners.

‘We do not tolerate violence in our prisons, and are clear that those responsible will be referred to the police and could spend longer behind bars.’

What a load of rubbish… Birmingham bin strike expected to resume...

Brothers on the beat