Mo Farah lit up the London Stadium as he defends his 10,000m world title in front of a home crowd

Sir Mo Farah wins gold once again after surviving a brutal collective effort from his rivals to storm to his third consecutive world 10,000 metres gold.

Roared on by a capacity crowd emulating the Olympic experience five years ago, the Briton almost fell twice late in the race.

As the epic contest developed he persisted before kicking down the home straight in trademark fashion to finally pull away.
These are the 34-year-olds final track championships and he was tested just as hard as the start of his golden run which began seven years ago.

Yet he proved himself equal to those physical and tactical challenges and enjoyed celebrating with his son and three daughters on the track afterwards.

Uganda’s Joshua Cheptegei was in his wake for silver and Kenya’s Paul Tanui third.

The winning time was 26 minutes 49.51 seconds which was just three seconds off Farah’s personal best.

The time reflects the pressure Farah was put under as the pace surged in the middle stages before the field stretched with his rivals throwing everything they had at him.

The victory was Mo’s sixth gold medal at a World Championships and he has the chance of a seventh with the 5000m on the final Saturday.

As Mo approaches the end of his career he described finishing it in London as a really special moment and that anything is possible in life if you train hard. 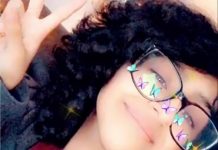