While cousin marriages are outlawed by the Western world, it was a widely accepted and common practice across Europe until it was banned during the second half of the 19th century

Eighteen-year-old Bradford-born Hiba Maroof, currently studying at the University of Leeds, faces a genuine moral dilemma – should she marry one of her cousins or go her own independent way?

First-cousin marriage has gone on within Pakistani families for generations, with up to 70 per cent still following the practice today.

It’s estimated that as many as 80% of all marriages in human history have been between first or second cousins up until the mid-19th century.

In this informative, authentic and deeply personal film on Hiba, the audience will get insight into one person’s complex dilemma as she finds out if it is possible and even sensible for her to desire such a close relative.

Hiba journey is followed as far as Pakistan where eligible cousins await as she finally makes her decision – could she marry one of the family?

Hiba wants to know the pros and cons, and upon meeting two eligible cousins in her family, looks into the genetic risks of marrying a relative for any future children.

Hiba’s story is part of “BBC Three’s ‘Sorry Not Sorry’ season and will be broadcast on 4th July.

The season started on Sunday 18th June on BBC Three’s website bbc.co.uk/bbcthree and across BBC Three’s iPlayer and YouTube channels.

Specifically, until the 1860s or so, first cousins commonly married in Europe and the U.S. In fact, Charles Darwin, Mr. Natural Selection himself, was married to his first cousin Emma Wedgwood. 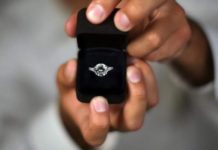 Women expect “Mr Right” to spend over £1,000 on engagement ring

OPTIMUS LAW: Tis the season to be married

Women expect “Mr Right” to spend over £1,000 on engagement ring