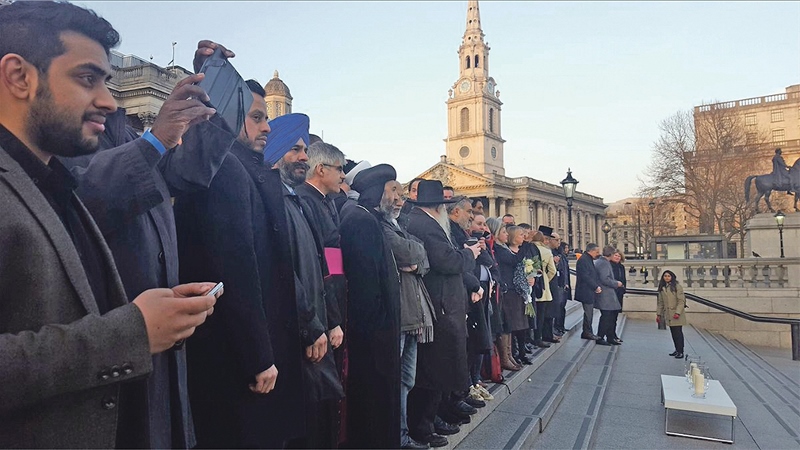 24 prominent UK faith leaders have signed an open letter ahead of the holy month of Ramadhan calling for unity and understanding while condemning the recent terror attacks around the world.

The letter is signed by faith leaders from not only a broad range of faiths including Christian, Islam, Hinduism, Judaism and Sikhism, but also many of the key denominations within those faiths, marking a new phase of different communities and cultures working together to challenge extremism.

The message, which comes as Christians celebrate Easter, Jews mark Passover, as Sikhs mark Vaisakhi and as Muslims prepare for Ramadhan next month, calls on all faiths to be “calm and resolute” in the face of attacks, and pays tribute to British values of “tolerance and respect”.

Signatories are made up of those who were invited to attend a meeting at New Scotland Yard, the day after the terror attack in Westminster.

The meeting, which was also attended by the Home Secretary amber Rudd, saw faith leaders discussing how communities should come together and resist the division the terrorists seek.

Faith leaders were resolute in their commitment to ensure that positive engagement is taken back into their respective communities and continued interfaith cohesion is seen as a powerful counter to hateful ideologies.

Yousif Al-Khoei, a signatory of the letter and chairman of the Al-Khoei Foundation, says: “Britain is a democratic society where people of all faiths can practice their religion, and we condemn those that seek to destroy these values.

“This letter is a powerful symbol of how faith leaders from across different religions, denominations and sects are calling for unity, tolerance and respect, at a time when there are those who look to tear us apart. We stand shoulder to shoulder in peaceful defiance at this time to promote love, peace and unity.”

Home Secretary Amber Rudd said: “This time of year is one of hope and celebration for many faiths. It is also an opportunity for us to celebrate the fact that people in Britain of all faiths, or no faith, stand together in solidarity, united by our shared values.

“Terrorists and others who would like to divide this great nation and see us live in fear or hatred will never succeed. This letter is an example of the fact that whatever our race, background or religion – we share the same fundamental belief in the importance of tolerance and respect for all.”

Want to pay tribute to the people and communities of Britain, of all races, faiths and backgrounds, that make Britain a country of tolerance and respect.

At this special time of year for so many religions we reiterate our commitment to work together against the discord, mistrust and fear that terrorists seek to create.

Recent attacks, such as those in Westminster, St Petersburg, Stockholm and Egypt, are an affront to faith and each one of us condemns them in the strongest possible terms – as barbaric acts of senseless violence.

Now more than ever faith groups are uniting in the face of those who would wish to sow fear and spread mistrust between the people of this country.

These attacks seek to divide us, and together we must show them that they will never succeed.

We will continue to echo the positive voices of people and communities the length and breadth of Britain, with harmony, peace and unity. 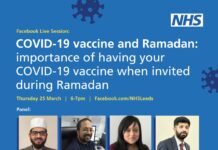 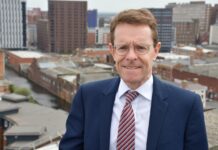