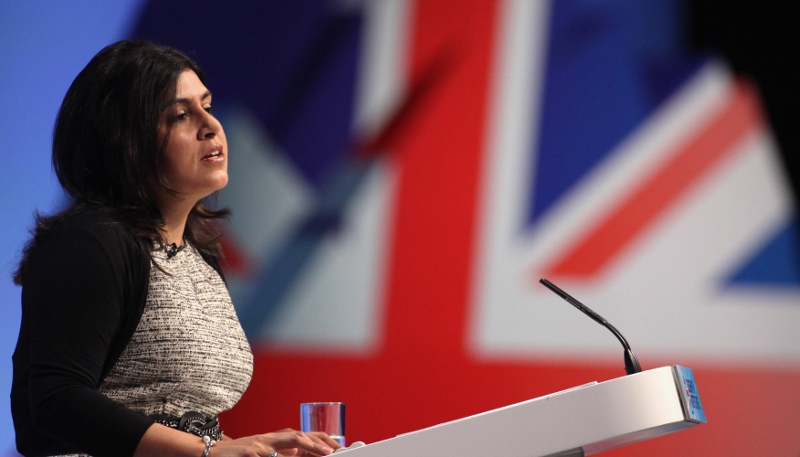 Being a British Muslim for the past decade or so has been a brutal affair. How did this state of affairs come to pass? What are the lessons and challenges for the future – and how will the tale of Muslim Britain develop?

Sayeeda Warsi draws on her own unique position in British life, as the child of Pakistani immigrants, an outsider, who became an insider.

Looking at changing attitudes and policy, especially over the last fifteen years, ‘The Enemy Within’ examines in close focus whether our counter terrorism strategy has been effective or counterproductive and what Britain’s Muslim communities might have become had the war on terror not happened.

Britain has often found groups within its borders whom it does not trust, whom it feels have a belief, culture, practice or agenda which runs contrary to those of the majority.

From Catholics to Jews, miners to trade unionists , Marxists to liberals and even homosexuals, all have at times been viewed, described and treated as ‘the enemy within’. Muslims are the latest in a long line of ‘others’ to be given this label.

Uncompromising and outspoken, filled with arguments, real-life experience, necessary truths and possible ways forward for Muslims, politicians and the rest of us, this is a timely and urgent book.

Sayeeda Warsi, Britain’s first Muslim Cabinet minister, is also a lawyer, businesswoman and racial justice campaigner. Appointed a life peer at the age of thirty-six, she served as Chairman of the Conservative Party, in the Foreign and Commonwealth Office, and as Minister for Faith and Communities. In the summer of 2014 she resigned from government, citing its ‘morally indefensible’ policy on Gaza.