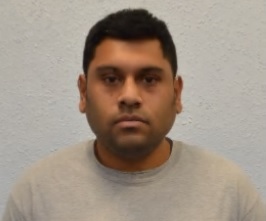 On 29 April 2016, officers from the Kenyan Anti-Terrorism Police arrested a man in Kenya. His electrical devices showed that he was in regular contact with someone of a similar extremist mind-set and the pair had had discussions about developing the specialist skills to assist ISIS in their campaign of terror.

The Kenyan Office of the director of public prosecutor shared this information with international partners who then supplied the information to the authorities in the UK. Officers from the MPS Counter Terrorism Command, supported by WECTU, launched an investigation into Samata Ullah – the man the Kenyan suspect had been speaking to.

During the course of their investigation into Ullah’s activities, officers established Ullah was not just a supporter of ISIS but an active member. They found evidence that he assisted others, who shared his mind-set, teaching them how to keep their actions and communications secret.

He assisted in the development of a web site with the purpose of helping people prepare for acts of terrorism – specifically hacking into computers. Numerous documents and videos found on his devices and his own communications revealed his radical mind-set and items found by officers when they searched Ullah’s home included a USB cuff link on which he had saved infamous ISIS publications.

Commander Dean Haydon, MPS Counter Terrorism Command, said: “Just because Ullah’s activity was in the virtual world we never underestimated how dangerous his activity was. He sat in his bedroom in Wales and created online content with the sole intention of aiding people who wanted to actively support ISIS and avoid getting caught by the authorities.

“This is just the sort of information that may have helped people involved in planning devastating, low technical level, attacks on crowded places as we have seen in other cities across the world.

“This conviction is a success, but we need to keep succeeding, which makes it important that we all remain vigilant and people act at the earliest opportunity by calling us confidentially if they are concerned about any suspicious activity.”

Terrorist Training. Between 31 December 2015 and 22 September 2016 Ullah provided instruction or training in the use of encryption programmes, and at the time he provided the instruction or training, he knew that a person receiving it intended to use the skills in which he is being instructed or trained for or in connection with the commission or preparation of acts of terrorism or for assisting the commission or preparation by others of such acts.

Preparation for terrorism. Between 31 December 2015 and 22 September 2016 Ullah, with the intention of assisting another or others to commit acts of terrorism, engaged in conduct in preparation for giving effect to his intention namely, by researching an encryption programme, developing an encrypted version of his blog site and publishing the instructions around the use of programme on his blog site. Contrary to section 5 Terrorism Act 2006.

On or before 22 September 2016, Ullah had in his possession an article namely one Universal Serial Bus (USB) cufflink that had an operating system loaded on to it for a purpose connected with the commission, preparation or instigation of terrorism, contrary to section 57 Terrorism Act 2000.

On or before 22 September 2016, Ullah had in his possession articles namely a book about guided missiles and a PDF version of a book about advanced missile guidance and control for a purpose connected with the commission, preparation or instigation of terrorism, contrary to section 57 Terrorism Act 2000.

Detective Superintendent Lee Porter – Head of WECTU said: “Ullah’s activities came as a shock for those who knew him, including his family and the local community. His actions and desires do not represent the people of Cardiff or Wales who have repeatedly voiced and demonstrated their resilience to extremist views.

“The police and the security and intelligence agencies depend on information from you. Be our eyes and ears and help keep yourself, your family and your local community safe. Please visit the Action Counters Terrorism website for more information on how you can help us.”

More information on what to look out for can be found at https://act.campaign.gov.uk/ where you can report your concerns online or by calling police confidentially on 0800 789321.

Sentencing has been set for 28 April at the Old Bailey.

Mahatma Gandhi arrives in Cardiff… as a statue, that is