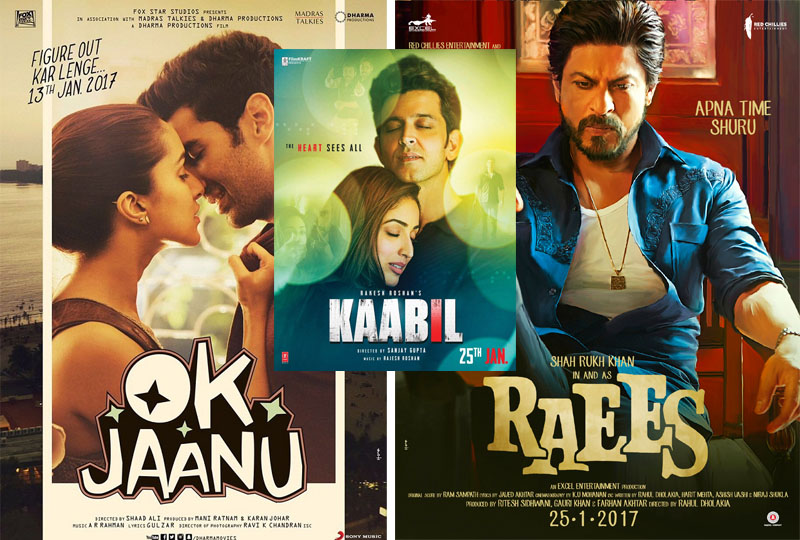 Co-produced by two of India’s most innovative film and entertainment companies, Red Chillies Entertainment and Excel Entertainment, the film marks the companies’ second venture since they collaborated on the international super-hit ‘Don 2’.

With performances that have garnered both critical and audience acclaim alike in films such as ‘Chak De India’, ‘Swades’, ‘Devdas’, and most recently ‘Dear Zindagi’, Shah Rukh Khan’s acting prowess, superstar persona and futuristic approach to filmmaking has continually redefined Indian cinema.

As an artist, Shah Rukh Khan continually reinvents himself and this time in ‘Raees’, the undisputed King of Bollywood will captivate fans in a unique avatar who is revered, feared and loved with equal measure.

He essays the role of Raees, a man who built an entire empire from scratch in early 1980s to 1990s Gujarat.

Less of a gangster but more of an impresario, Raees gains popularity and trust through his sharp, entrepreneurial and ruthless business mind, eventually turning him into the single most powerful man in the state.

His unfettered determination, guided by a heart of gold, earns him a cult following.

The film chronicles three phases of Raees’s life – his meteoric rise and relationships forming the epicentre of a gripping narrative, reflected in three distinct looks which Shah Rukh Khan dons in the film.

Whether it’s the actor’s bearded appearance, kohl-lined eyes, him sporting casual garments such as jeans and checkered shirts that later shift to him wearing traditional Pathani suits, his role and thus appearance portrays a gradual progression of his character.

Shah Rukh Khan and Nawazuddin Siddiqui’s eclectic pairing has already become a strong defining element and talking-point for the film.

The original score has been composed by one of India’s most recognised emerging talents Ram Sampath (‘Delhi Belly’, ‘Talaash’), who pens an engaging melody for Raees’s album. Ensuring that the mercury levels rise further is a special appearance by actress Sunny Leone, who will enthral audiences with a sensational dance. The track vaunts bling and bang.

Rohan, 31, is a dubbing artist. His days are spent in the studio and nights at home. In today’s complex world, Rohan is a simple man with one dream – to lead a normal life and in time, to find someone with whom he can build a happy home.

His journey leads him to meet the independent and level-headed Supriya. It’s love at first sight for Rohan. He wins her over with his honesty and optimism.

The two discover happiness, laughter and passion. Supriya becomes his life and her happiness becomes more important than his own. Love gives them a fairytale and the two get married.

The grave tragedy leaves Rohan isolated and completely in the dark. In his quest for answers, Rohan stumbles upon the devastating truth of what really happened that compelled Supriya to leave him all alone, and why.

Driven by his loss, rage and his undying love for Supriya, Rohan is propelled into a no holds barred battle of strength and wit against the powerful people responsible for destroying his perfect life. Now, nothing will stop him from achieving his goal, not even the fact that he is blind since birth.

Rohan, 31, is a dubbing artist. His days are spent in the studio, nights at home. In today’s complex world, Rohan is a simple man with one dream – to lead a normal life and in time, to find someone with whom he can build a happy home. His journey leads him to meet the independent and level-headed Supriya.

Having lit up the screen in Mohit Suri’s 2013 super-hit ‘Aashiqui 2’, captivating screen couple Shraddha Kapoor and Aditya Roy Kapur, are reunited for another hotly anticipated romance.

An official Hindi remake of Mani Ratnam’s 2015 Tamil hit ‘O Kadhal Kanmani’, ‘Ok Jaanu’ casts the duo as thoroughly modern young professionals who fall in love and decide to have a live-in relationship in Mumbai rather than getting married.

But conflicting work pressures threaten to pull the couple apart, forcing them to concentrate on what really matters in their lives. Leela Samson reprises her role from the original film and is joined by Naseeruddin Shah as an older couple whose relationship provides an inspiration.

Shaad Ali, who established his reputation with ‘Saathiya’, is the director. Legendary composer A.R. Rahman has reworked his original songs with Hindi lyrics by Gulzar.