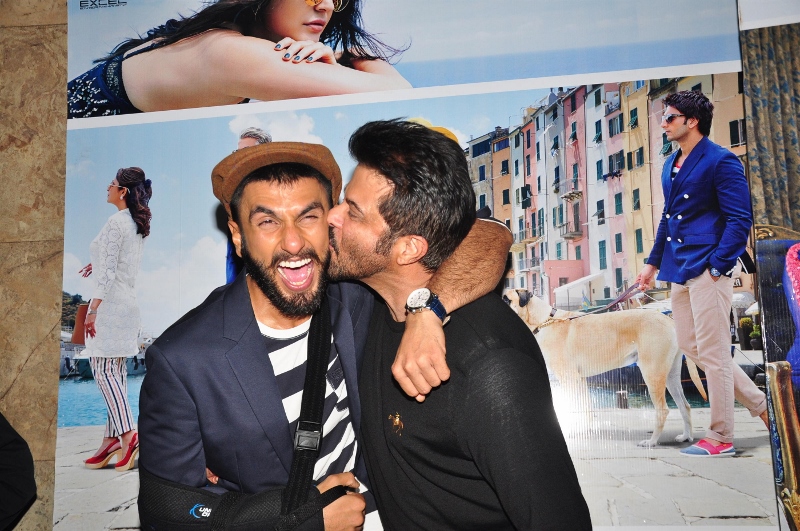 The theatrical trailer of Zoya Akhtar’s ‘Dil Dhadakne Do’ has captured the nation’s imagination and garnered a whopping two million views in less than two days of its release.

Ever since the movie trailer was launched last week, the star-studded film has been creating buzz as well as trending on all social media platforms including Twitter, Facebook, YouTube & Google Trends.

The film is set to release internationally on 5th June 2015 and the trailer of ‘Dil Dhadakne Do’ reveals the film’s essence of being a bittersweet comedy drama with lots of memorable dialogues and rib-tickling humour, which has hit a universal chord with fans the world over.

The film is set on a European cruise, which provides the perfect canvas to highlight the various aspects of the ‘Dil Dhadakne Do’ family.

As a part of this ensemble cast, international icon Anil Kapoor, plays brilliantly the role of the modern father. Shefali Shah, who plays the wife, makes a lasting impression in the very watchable trailer.

From the trailer, the film promises some high drama on the high seas, as we see Priyanka Chopra struggling to break out of an unhappy marriage (to Rahul Bose’s character), while Farhan Akhtar looks charismatic on screen.

Ranveer Singh completes the familial line-up as the son who is trying to find his calling in the world. Bringing a breath of fresh sea air to proceedings is actress Anushka Sharma, who plays an entertainer onboard.

Like a ship caught in a high tide, the audience can almost feel the tension within the Mehra family and yet look forward to being a part of their journey.

Go to www.asianexpress.co.uk and join millions of fans who have seen the trailer that is breaking the internet.