When does a deadline not become a deadline? When extensions are granted.

This is the current situation Iran and six other world powers currently face after yet again failing to come to an agreed conclusion regarding the 12-year dispute over Tehran’s nuclear ambitions.

It was hoped that an agreement would be reached on Monday 24th November yet after a meeting with representatives from some of the world’s top powers, a historic deal was not conceived.

Instead, a further seven months have been given to overcome the deadlock in the hope of securing an agreement on the substance of a final accord by the end of June 2015.

“We have had to conclude it is not possible to get to an agreement by the deadline that was set for today and therefore we will extend the JPOA to June 30, 2015,” British Foreign Secretary Philip Hammond told reporters at the end of the talks.

Hammond was referring to the titled ‘Joint Plan of Action’ which was agreed to between the six nations and Iran a year ago in Geneva under which Tehran halted higher level uranium enrichment in exchange for a limited easing of sanctions, including access to some frozen oil revenues abroad.

Hammond said the expectation was that Iran would continue to refrain from sensitive atomic activity.

He added that Iran and the powers ‘made some significant progress’ in the latest round of talks, which began last Tuesday in the Austrian capital.

Hammond said that there was a clear target to reach a ‘headline agreement’ of substance within the next three months and talks would resume next month.

An Iranian official confirmed the extension, as did Russian Foreign Minister Sergei Lavrov, who echoed Hammond’s comments about “substantial progress”.

A report by the International Atomic Energy Agency, the U.N. nuclear watchdog, showed that Iran had reduced its stockpile of low-enriched uranium gas and taken other action to comply with last year’s interim agreement with world powers.

Iranian President Hassan Rouhani was due to address the Iranian people on television on Monday evening whilst US Secretary of State, John Kerry, was planning to speak to the press in Vienna before returning to the United States.

One pessimistic senior Western diplomat spoke to Reuters under the condition of anonymity and said he did not think the talks were likely to move far in the next seven months.

“It’s been 10 years that proposals and ideas have been put forward,” he said. “There’s nothing left. It’s essentially a side issue now. The Iranians are not moving. It is a political choice.

“I am sceptical that even if we did extend we will be able to reach a deal.” 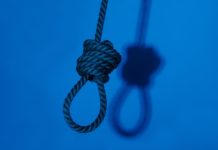