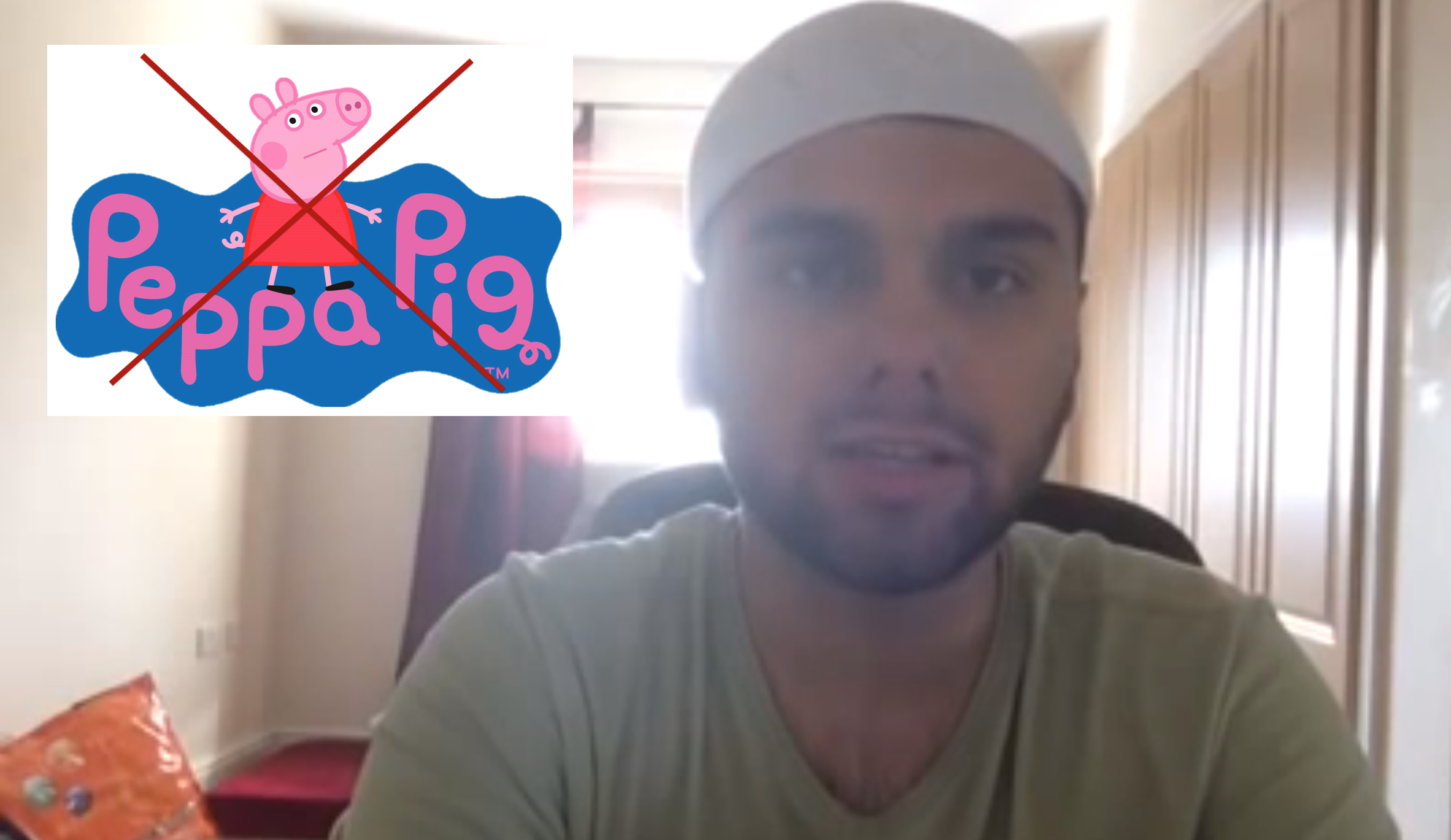 An internet prankster who uploaded a video posing as a Muslim dad from Bradford calling for the ban of the popular cartoon series ‘Peppa Pig’, has resulted in mainstream news headlines and a barrage of abuse directed towards Muslims.

The man who called himself ‘Zayn Sheikh’, and from Bradford, posted his first video, which has had over 73,000 hits, saying he was horrified to learn that his 6-year-old son was inspired to be a pig after watching the cartoon.

The video titled ‘Dangers of Peppa Pig to Muslim Children’, sees him state: “I go downstairs and I see on the tv the haraamist (most unpure) thing I’ve ever seen in my entire life. It was this abominable creature – Peppa Pig.”

He rants on about how terribly distraught he is because his youngest child had originally wanted to be a doctor when he grew up, and Zayn suggests a suitable alternative cartoon to be created titled ‘Abdullah the Cat’.

He also called for an immediate Facebook campaign called ‘Muslims Against Peppa Pig’.

And here’s the cue… no such campaign was ever launched. ‘Muslims Against Peppa Pig’ does not exist.

However, many individuals and mainstream tabloids quickly took to slamming Muslims, with one person saying that they’d “love to see all these f*****g Muslims tortured and fed pork”, many took to referring to Muslims as a culprit breed of groomers and jihadists and what not.

Some have launched counter campaigns such as ‘Peppa Pig Against Muslims’.

Whilst many people pointed out that it was blatantly obvious that the video was intended as a joke, several major news sources have mistaken Zayn’s piece of satire as a genuine call for the banning of Peppa Pig.

One newspaper even published a picture of Zayn’s “supposed” Facebook page depicting the Kaaba along with a “banned” Peppa Pig.

In a second video released by Zayn, he exposes his social experiment, and voices how was shocked he was at the number of vehement comments posted against Muslims.

Though he says his objective was to expose how deeply racist the British are towards Muslims, he’s also been criticised for misleading and inciting racism himself.

Many have applauded him pointing out how easily people are “fooled” into believing anything they watch or read and don’t spare a second thought for spurring venom.

One person posted: “Great Initiative. It is an eye-opener about media.”

Zayn, whose real name is still unknown, says: “This video is obviously a parody. I have NOT made the page ‘Muslims Against Peppa Pig’ or any other Facebook pages of the sort.

“This country’s possible future downfall is one million times more likely be down to the rapid multiplication of the mentally deficient who have failed to spot the satire rather than immigrants who have been unlucky in the accident of birth and have since then decided to move here for better prospects –just like you would in their shoes.”

Running fast whilst fasting: Bradford runner completes 10k in under an...

Be a p-ART of Bradford College: College to hold art and...