A secondary school in Leeds will become the first of its kind in the country to teach ‘English as a second language’ to all its pupils, even those born in England.

The City of Leeds School caters for students from more than 50 different nationalities, with many speaking broken English whilst others only know very basic words.

Despite GCSE results improving over the last year, the school is still below the national average, with only one in four pupils getting the expected five GCSEs, of C or above, including in English and Maths.

Principal, Georgiana Sale, has been at the school for the past three years and has now decided that innovative action must be taken in an attempt to raise the school’s standards.

Speaking to the Asian Express, she said: “This lesson will be new for all the students and staff, as it is the first of its kind in the country.

“We have such a diverse set of children here that for most, English isn’t their first language and therefore it means they struggle to obtain the highest GCSE marks.

“Mr Gove (UK Education Secretary) has a strong emphasis on pupils being judged on their English, whether it is written or spoken, in every lesson, so it is obviously going to affect the qualifications some children can get.

“I can only compare it to you or me learning a new language and instantly being expected to always be grammatically correct, it’s     just not going to happen immediately.”

The new lesson plan will see all pupils throughout the school spend one hour a week learning English as a second language to improve both their spoken and written skills.

Children will be separated into classes based on ability, not age, allowing specific focus to be shifted between pupils.

With fewer than one in four pupils coming from an English background, Ms Sale added that she believed even the English children will be ‘better off’ because of the new lesson.

“Even students who speak English as their first language struggle with grammar,” Ms Sale said.

“These lessons will improve that and ensure they understand things like the tenses and spelling meaning they are better prepared for their exams.”

Professors from Leeds Metropolitan and Manchester Metropolitan University provided two days of training for staff at the City of Leeds School, to ensure they are fully trained to provide teaching of English as a secondary language.

Despite only positive intentions backing up the lesson plans, Ms Sale says she has had some negative responses from third parties yet the overall feedback has been positive.

“It has been on a ratio of around six to one,” she said. “For every one person that is critical, six others have praised the idea, whether that be other schools or parents. I’ve even had two recently retired teachers volunteer to come in and help with the teaching of the new lesson which is a fantastic response.

“I want to make sure these children have the best chance in their future and to do that they all need to improve their English.

“Nobody has done this lesson plan before in the country so it is a bit of the unknown but we’re only doing it because we believe it will be beneficial for every child.” 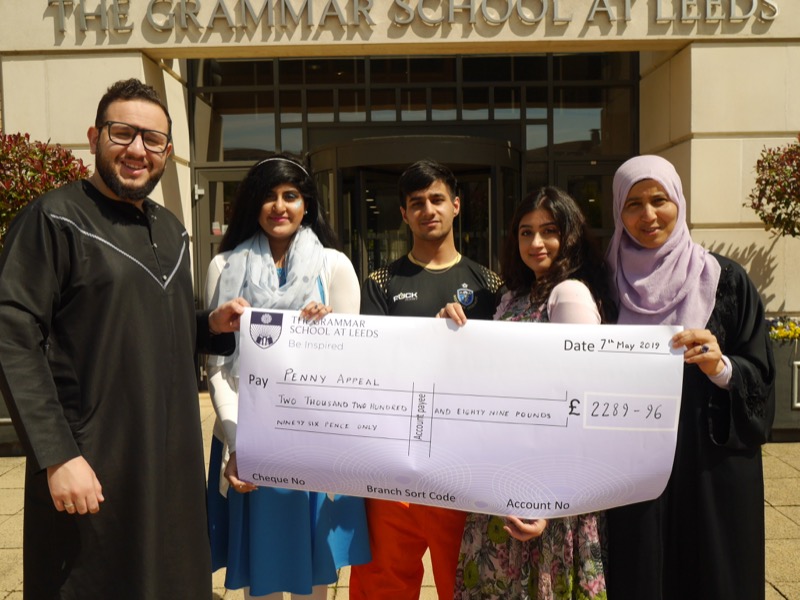