A Muslim fun-day, which was due to be held at Legoland Windsor this weekend, has been forced to be cancelled after far-right extremists targeted the event.

Racial tension was stirred after more than 1,000 Muslim families were due to attend a private event at the resort in Windsor, Berkshire, on Sunday 9th March.

The attraction received threatening phone calls, emails and social media posts for being hired exclusively by the Muslim Research and Development Foundation (MRDF).

Legoland decided to cancel the event following talks with the organisers and Thames Valley Police, and officials will shut the 150-room hotel this weekend.

The theme park itself was always planned to be closed to the public this weekend and will reopen for the 2014 season on 14th March, a spokeswoman said.

She said: “Unfortunately the Legoland Windsor resort has had to close the hotel on Saturday 8th and Sunday 9th March 2014 after threats from right-wing groups made against the resort.

“The hotel closure follows the cancellation of a private event that was due to take place on Sunday 9th March prior to the theme park reopening for the 2014 season on Friday 14th March.

“We are extremely sorry that we’ve had to cancel guest bookings and wholeheartedly understand the disappointment of those families that will be unable to attend, particularly as we haven’t been able to give them more notification because of the dynamic nature of this situation.”

In a statement posted on its website, the MRDF said it had received a number of threats over the past few weeks and despite working to find a conclusion with the theme park had to accept the event was to be cancelled.

“Together with these threats, publication of several articles in the national press helped fuel further hatred and resentment towards the event, resulting in further negative impact on the security of the event,” it read.

“It was evident from these hate articles and threats that this was not an attack on MRDF alone but was an outright attack on Islam and Muslims in the UK.

“Although we worked hard with Legoland to find a solution to the threats and negative press, Legoland made the decision to cancel the event as they could not guarantee the safety of the attendees and their staff.” 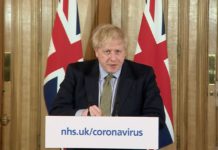