How did Shamshera happen?

When I first met Adi, he was nurturing some ideas at the time. He asked me to pick one of them, and see if I get excited as a creative person. I remember getting latched on to the core idea of Shamshera. Eventually, Ekta (Pathak, Karan Malhotra’s wife) and I took on that idea and created a full screenplay out of it.

What made you cast Ranbir Kapoor as Shamshera?
Ranbir brings in the freshness to Shamshera that an actor rarely brings these days. What is unique about Shamshera, and why the trailer has been received well, is because Ranbir is not an usual suspect for a film like this. For example, you would not think of Hrithik Roshan for Agneepath at that time, you wouldn’t think of Rishi Kapoor as Rauf Lala (in Agneepath) at that time or think of Sanjay (Dutt) to be a villain at that time. So, I think, I enjoy those challenges, and for me, it is almost a pattern that I repeat, otherwise a film would not have a kind of newness and discovery, where would that come from?

How was it directing Ranbir Kapoor in a double role?
Directing Ranbir was a very new and an enriching experience as he is a new-age actor. He is an actor who internalises a lot, you see that in all of his performances. He is not a loud actor, he is not out there, but my cinema is exactly that. He has really worked hard in imbibing my sensibilities into his performance and giving it his best. Once, I went into his van and told him that I need to talk to him, to which he asked, ‘tu daantne toh nahi aayaa mujhe? (have you come to scold me?)’. I said ‘no’, but in Shamshera, I needed a ‘sixer’ from him in every shot.

Tell us your experience of making Shamshera?
Shamshera is the biggest film that I have done so far. The world of ‘Shamshera’ is unlike ‘Agneepath’ or ‘Brothers’. It is much bigger than that. Shamshera was a more liberating and less burdening process to create a world of mine. It was also the most daunting film for us because we had humongous sets and big crowds. We had no reference point, we had to build the world from scratch.

You have reunited with Sanjay Dutt after Agneepath. How was it working for the second time with him?
I knew he would create Shuddh Singh in a way that no other actor can, which is why I went to him. The best part is that he is not a typical villain. He has been a hero and main lead all his life. To cast him as a villain makes it unique. He is such a superlative performer that he will make you fall in love with himself, whether he is playing a hero or villain.”

Ranbir Kapoor played Sanjay Dutt in Sanju. You have got them together in Shamshera. Your thoughts?
Bringing Ranbir and Sanjay sir to do what they have done in the film was very easy because of the camaraderie the two of them share. They are not two professionals trying to outsmart each other on a film set. They are two family members who respect and love each other a lot. They were thorough professionals without trying to interfere with each other’s private space as performers. There was no insecurity or judgement, no politics.

Not much has been revealed about Vaani’s character. Can you tell us something about it?
Vaani plays a character named Sona in the film. She is a traveling performer. She is not eye candy. She is not there in the film for song and dance. She has a beautiful arc in the film. She becomes a strong force behind Ranbir’s character. Vaani’s journey is beautiful. You will see her in various shades in Shamshera. The reason behind casting Vaani was that I loved her in her first film. She has a strong presence. I always felt that Vaani could become the quintessential Hindi film heroine who can handle any emotion with ease. She can hold her own well. 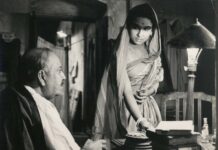