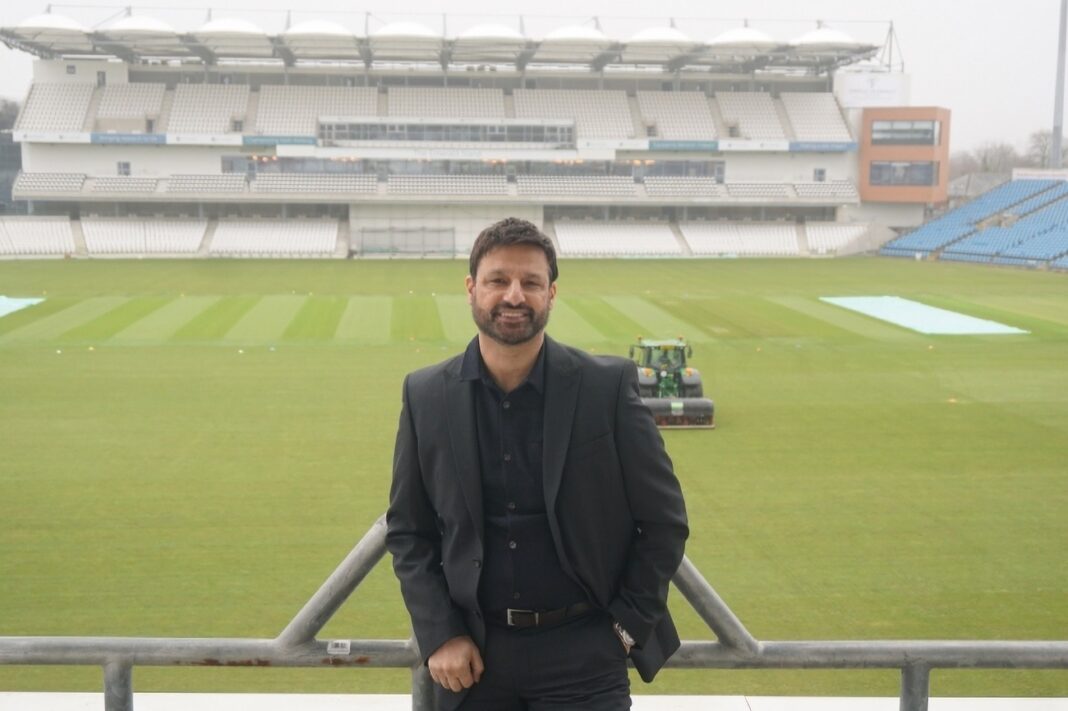 The announcement comes following a legal claim made last year by former under-15 and under-19 England cricket captain, Azeem Rafiq, who says he faced expressly racist “dressing room banter”, where non-white players were often addressed as “Paki”.

Hopes are that Hussain, who joins with 20 years of experience in social and inclusive roles working with hard to reach communities will highlight any areas where YCCC can improve on matters of diversity and equality.

The keen league cricketer will take up the post at Emerald Headingley in late April. Born in Bradford, Hussain attended his hometown university studying a degree in Social Work.

Hussain will join Yorkshire from St Luke’s Hospital in Bradford where he has worked for the past decade as a Therapeutic/Psychological Practitioner and Social Worker, leading on the design and delivery of inclusion-based projects in a psychology service for children with neurodiversity.

Speaking about his new role, Hussain said: “My colleagues have said that this job combines my two passions rolled into one.

“Diversity, inclusion and equality have always been a passion through work and working in cricket has always been a dream. I am particularly passionate about local cricket. I have an understanding the dynamics of it and the challenges, as well as the opportunities that we have.

“I have made lots of friendships, lots of connections and for me personally, lots of barriers have been broken down through the love of sport. That is what drives me. I am hoping that these kinds of experiences can be shared and understood by others. That is what attracted me to this role.”

Once described as an economical off-spinner, Hussain has taken over 300 wickets in the Bradford League and knows that he had no choice but to fall in love with the game.

“I was born into a cricketing family,” Hussain said. “I have played all of my years in the Bradford League as a junior and then for various clubs as an adult.

“I spent ten years at Manningham Mills Cricket Club. I was captain there for six of those years. At the time of leaving, we were fifth in the Premier League. I had a really good group of people around which you always need for any kind of success.

“I am the youngest of four brothers who have all played as have my nephews. I also have my own boys who play and have been through the Yorkshire Pathways.”

A key element of the role will be to align Yorkshire Cricket’s diversity, equality and inclusion work to key ECB strategies, including the South Asian action plan and the transformation of women’s and girls’ cricket.

Hussain has vast experience working with BAME communities, however, sees that this role broadens across so many areas to ensure that cricket is inclusive for all of those who wish to play in Yorkshire.

“In the late 90s, I worked with adults with learning disabilities,” Hussain said. “I also worked on setting up a unique service for south Asian women who weren’t accessing social care day services.

“I have some understanding of the achievements made by Yorkshire Cricket over the past few years, especially with the Bradford Park Avenue project and the increase of women’s cricket being played in my local area

“My ambition is to work with community groups, stakeholders, higher management and service deliverers to maximise the potential of such projects.”

Despite the large scope of the role, Hussain is already clear on the impact that it could have on further engaging with Yorkshire’s vast and diverse communities.

Hussain added: “We have to be realistic, look at what is achievable in the right timescales and get the tone right. That being said, there must be trust and we must work at a good pace to ensure that we deliver and reach our goals.

“We need to ensure that we have the resources in place to allow those within key groups to grow as individuals. When looking at diversity we also need to focus on initiatives with those who have disabilities and how to be more inclusive.

“There are large African-Caribbean communities in the area who have historically had great passion for cricket. There is some great work being done nationally, so it is important to learn from others, network and ensure that we are equally innovative and productive.”