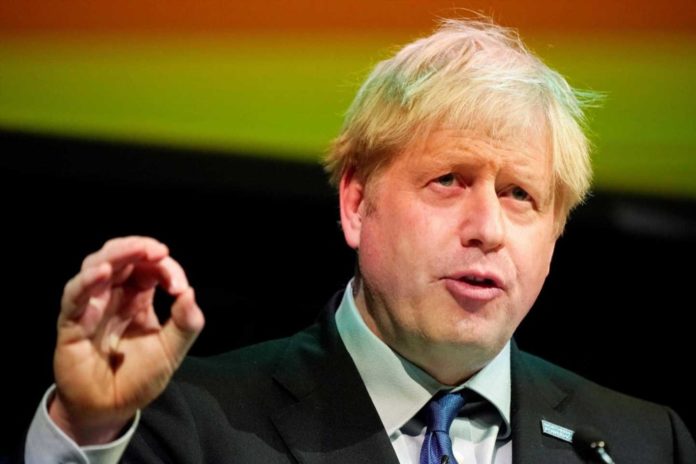 Boris Johnson has hit out at the Supreme Court for intervening in a political matter at a time of “great national controversy” over Brexit.

The Prime Minister was forced to cut short a trip to the United Nations in New York to address MPs after the court ruled that his suspension of Parliament was unlawful.

Mr Johnson accused Parliament of being “paralysed” and claimed its members were “sabotaging” Brexit negotiations by seeking to thwart his commitment to taking the UK out of the European Union on October 31, with or without a deal.

And he dared opposition parties to table a motion of no confidence or back a general election in order to “finally face the day of reckoning with the voters”.

Mr Johnson was humiliated by Tuesday’s Supreme Court judgment which overturned his advice to the Queen to suspend Parliament until October 14.

The Prime Minister said it was “absolutely no disrespect to the judiciary to say I thought the court was wrong” to pronounce on a “political question at a time of great national controversy”.

Claiming that MPs were trying to prevent Brexit entirely, he said: “The people at home know that this Parliament will keep delaying, it will keep sabotaging the negotiations because they don’t want a deal.”

In response, Labour leader Jeremy Corbyn repeated his call for the Prime Minister to quit.

“After yesterday’s ruling the Prime Minister should have done the honourable thing and resigned,” he said.

Opposition parties will not back an election until they are sure that a no-deal Brexit is off the table and they are suspicious that Mr Johnson will not comply with the terms of the Benn Act which is aimed at delaying Brexit beyond the October 31 deadline if no agreement has been reached.

A defiant Mr Johnson taunted Mr Corbyn over his refusal to back an election.

“I think the people outside this House understand what is happening,” he said.

“Out of sheer selfishness and political cowardice they are unwilling to move aside and let the people have a say.

“The Leader of the Opposition and his party don’t trust the people.

“All that matters to them is an obsessive desire to overturn the referendum result.”

He added: “I wonder does he in his heart even want to be prime minister any more?”

Throwing down the gauntlet to the opposition parties, he said: “This Parliament must either stand aside and let this Government get Brexit done or bring a vote of confidence and finally face the day of reckoning with the voters.”

The Labour leader dismissed the “bluster from a dangerous Prime Minister who thinks he is above the law”, adding: “In truth, he is not fit for the office that he holds.”

Scottish First Minister Nicola Sturgeon said the SNP would back an election if Mr Johnson requested a Brexit delay.

“But he must think we button up the back if he believes we’ll let him force through a no-deal Brexit.”

In an interview with ITV, Mr Johnson said he would both “respect the law” and leave the EU on October 31 – but refused to say how.

Mr Johnson did not apologise for the suspension of Parliament, which was ordered by the Queen on his advice.

The row dragged the monarch into Westminster’s bitter Brexit battle, but senior Cabinet minister Michael Gove said: “I don’t think that the Government should apologise for having a strong domestic agenda, I don’t think we should apologise also for seeking to advance our exit from the European Union.

“I don’t think the Government should apologise also for saying that we are attempting to honour the democratic will of the British people.”

Attorney General Geoffrey Cox also faced questions about his legal advice which indicated the five-week suspension – known as prorogation – would be within the law.

Mr Cox told MPs he will consider whether the public interest might require a “greater disclosure” of advice given to the Government on the prorogation.

But he railed against the “dead Parliament” claiming MPs had no “moral right” to remain in the Commons, try to “block 17.4 million people’s votes” and refuse to allow an election.

The response to the court case – including reported comments by Commons Leader Jacob Rees-Mogg describing it as a “constitutional coup” – have caused unease about the Government’s attitude to the judiciary.

Mr Cox – speaking in the Commons with Mr Rees-Mogg watching on – said: “I don’t think it was a constitutional coup”, but “these things can be said in the heat of rhetorical and poetical licence”.

The resumption of the Parliamentary session could cause problems for the Tory conference, which is due to begin on Sunday and stretch until Wednesday.

If opposition MPs refuse to vote for a recess, the conference will have to be rejigged or curtailed, not least because Mr Johnson’s leader’s speech in Manchester would be on Wednesday when he would normally be expected to face Prime Minister’s Questions in Parliament.