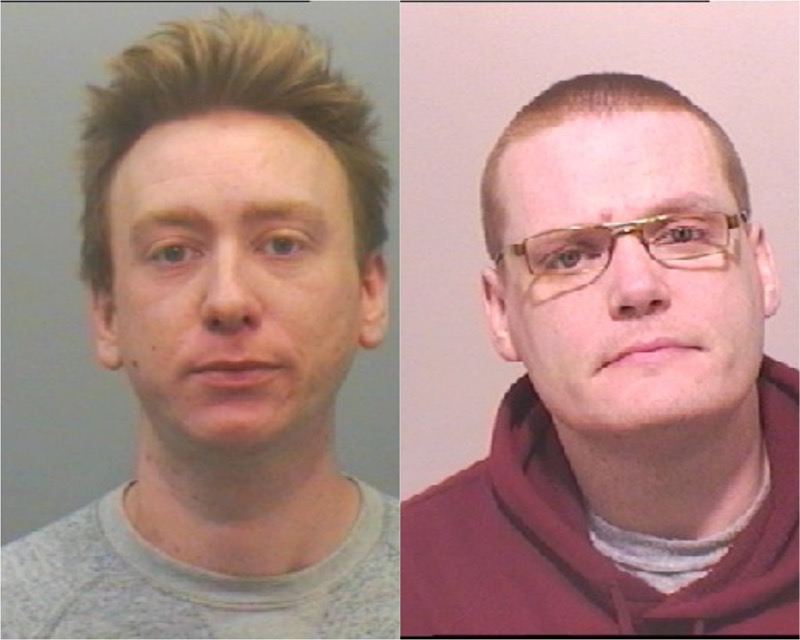 Marc Burton, 38, and John Harrison, 32, who were in a relationship, played Category A content, the most severe, during online sessions in February 2016.

The duo also talked about abusing children as young as babies as the footage was played to other child sex offenders.

Both men were also in the conferencing room – dedicated to the playing of pre-recorded and live child abuse – on several other occasions.

Burton was arrested on 1 November 2017 at his home in Jarrow, Co Durham.

His devices contained 1,125 Category A abuse images and videos, 468 Category B and 381 Category C.

He admitted possession with intent to supply Class A and B drugs.

Harrison was arrested on the same day at his home in Walker, Newcastle.

NCA officers seized his devices and also recovered .42g of MDMA and 2.53g of cannabis resin. His devices contained 576 Category A images and videos, 258 Category B and 945 Category C.

He admitted possession of Class A and B drugs.

In interview Burton told investigators he knew his offending was wrong but his offences were “only online”.

He handed over computer passwords to investigators and admitted there would be abuse content on his devices.

In interview Harrison denied his devices would contain indecent images of children and tried to blame Burton for the child sexual abuse offences.

When investigators told him they had found a video of them both hosting child abuse in a chatroom, he replied: “No comment.”

Today, at Newcastle Crown Court, both men were jailed for two years and eight months. Both were also made to sign the sex offenders’ register for life and given 15-year sexual harm prevention orders.

Graham Ellis, NCA senior investigating officer, said: “Burton and Harrison and men like them are fuelling the scourge of child sexual abuse.

“The NCA is responsible for developing the threat picture around child sexual abuse and exploitation, and we know it is getting worse in severity and scale.

“Offenders tell themselves they’re ‘only watching online’, but they are directly responsible for the indescribable damage of children’s lives. Every time a video or image is reshared, a child is victimised again.”

Child Protection Charity The Lucy Faithfull Foundation runs the Stop It Now! helpline which offers confidential advice to anyone concerned about their own or someone else’s behaviour towards children.