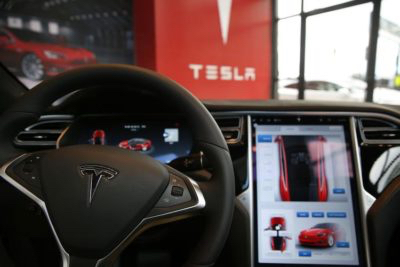 Police in the Netherlands say they stopped a Tesla driver after he appeared to have fallen asleep at the wheel while using the car’s autopilot feature.

Authorities described how the driver failed to notice officers as they drove close to his vehicle on the A27 near the city of Eemnes.

“When we came alongside, the driver appeared to have fallen asleep,” police said in an Instagram post.

The Tesla vehicle began to overtake the police car as the officers slowed down before the motorist was “eventually woken up with the help of the siren”, the post added.

The 50-year-old driver from Meppel appeared to be under the influence of alcohol and his driver’s licence was suspended, according to police.

The incident in the Netherlands comes a month after Tesla said it was urgently investigating a video that appeared to show one of its vehicles exploding in a Shanghai car park.

The video, first posted to social media in China, showed a Tesla Model S billowing smoke and then bursting into flames.

The footage also showed serious damage caused to the cars parked next to the Tesla.

No one was injured in the incident, the company said.

Mr Musk said the electric car maker will be creating a network of self-driving taxis to compete against Uber and similar companies.