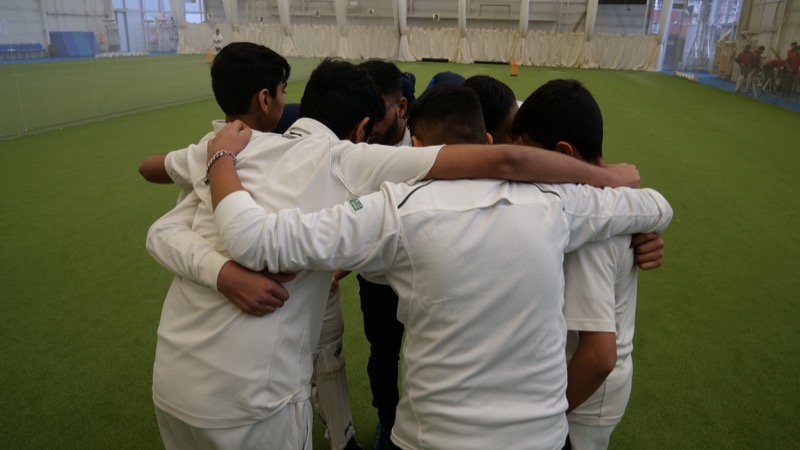 The Lord’s Taverners Wicketz programme saw three of its projects come together through cricket at Edgbaston during the first week of January.

School holidays can lead to teenage boredom, with some young people making poor choices, succumbing to peer pressure and becoming involved in anti-social behaviour. For others, tensions at home can drive them out onto the street, while families of others from disadvantaged backgrounds can struggle to find the money to provide the healthy, warm meals their children are used to when at school.

In a bid to help address these issues, the Lord’s Taverners Wicketz programme brought young people from Birmingham, Luton, Manchester and Redditch together to provide a packed day of challenging, positive activity.

The participants themselves were the driving force behind the event, after three of them met for the first time at the Wicketz Festival in August and developed a great level of friendship and respect. This highlights how Wicketz does something for participants that nothing else has, as the annual Festival brings young people from different backgrounds and communities together.

Wicketz is providing a positive outlet for young people with a cricketing passion who live in areas of limited opportunity. The programme provides accessible weekly activity where previously there was none. Even for those who have played cricket before, there wasn’t a local cricket club for them to join.

Participants selected to take part in the event have been regular attendees over the last two years. The day brought young people from different backgrounds together through cricket and is the culmination and celebration of the Wicketz programme and how it’s developing a sense of togetherness and friendship in a supportive environment for what are usually marginalised young people.

Wicketz Development Officer, Harry Kitchen, said: “We’ve run this event to get the older participants together and reward them for making good choices by turning up each week at their weekly hubs rather than making bad choices on the streets.

“This event has allowed these young people to learn about teamwork, improve and create new friendships, showcase all the hard work they put in during their own weekly sessions and take part in a very important workshop on knife crime which will hopefully help them in their life outside of Wicketz.”

Using cricket as a tool for change, Wicketz is aimed at hard-to-reach youngsters aged 8-16 within areas of high deprivation across the UK, by engaging young people who live in communities where there are few opportunities to play the game regularly.