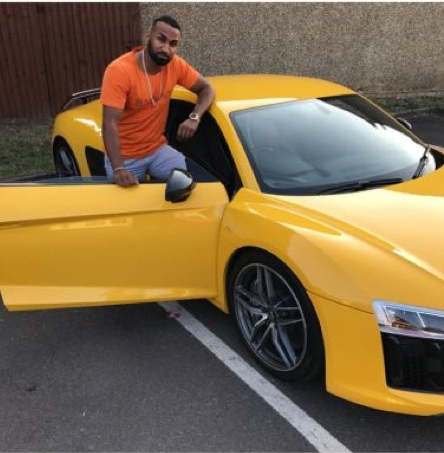 A man who taunted police via social media from Dubai has been jailed after extradited back to the UK.

He had previously been sentenced to three years’ imprisonment after being convicted in his absence of possession of ammunition and dangerous driving.

He was sentenced to an additional ten months’ imprisonment for his failure to surrender to the court; this sentence will run concurrently.

Ali was arrested and charged on Wednesday, 11 January 2017 after officers had attended his address in Epping in relation to allegations of dangerous driving. During a search of his house ammunition was discovered.

After being bailed to return to court later in January 2017, Ali fled to Dubai on the first day of his trial.

He was found guilty in his absence and was sentenced at Southwark Crown Court on 5 October 2017 to three years’ imprisonment.

Officers established that Ali was residing somewhere in Dubai, where he appeared to lead a very lavish and luxurious lifestyle.

Ali, showing little remorse for his actions and taunted police through his Instagram feed, regularly updated images of himself in clubs and driving sports cars.

In September 2018, police were alerted through information published on this account that Ali had made a trip to the USA

With some investigation, it was deemed that he made this trip under an alias, Adam Khalifa.
Through the joint collaboration between Dubai Police, Dubai Public Prosecutors, Interpol, the National Crime Agency and the Met, Ali was identified coming back into the UAE and was arrested at the airport by UAE authorities on Tuesday, 20 November 2018.

The extradition process then began.

Met officers travelled to Dubai and Ali was extradited back to the UK on Wednesday, 16 January.

Upon his return Ali was held in a west London police station and appeared at Southwark Crown Court on Tuesday, 22 January.

For fleeing whilst on bail and failing to surrender, Ali received an additional sentence of ten months which will be served consecutively.

Detective Sergeant Andy Swindells of the Westminster Crime Squad, which investigated this case from the beginning, said: “It is satisfying to know that Ali is now where he belongs and will rightly serve time in prison for his crimes.

“A lot of time and police work has gone into securing this result and I would like to thank the NCA and our international colleagues who were integral to this success.

“We will do everything in our power to bring to justice those who attempt to evade us.”

Ian Cruxton, head of International Operations at the NCA, said: “Ali fled justice to live a lavish lifestyle somewhere he thought his crimes wouldn’t catch up with him.

“Our international partners – especially the Dubai Police and prosecutors – were crucial in helping to catch and return him.

“It doesn’t matter where fugitives run to; we will do everything possible to find them.”