Nearly half (42%) of new mothers’ mental health problems did not get picked up by a doctor or other health professional, according to new research¹ from NCT.

The survey found half (50%) of mothers experienced mental health problems at some time during pregnancy or within the first year of their child’s birth. These can include postnatal depression, anxiety, obsessive compulsive disorder (OCD), post-traumatic stress disorder (PTSD) and postpartum psychosis.

The research also highlights how the six-week postnatal check-up is failing to pick up mental health issues in mothers. The routine health check, six weeks after a baby’s birth, is a vital opportunity to uncover any physical and mental health problems for women and babies. NCT found:

• Over a fifth (22%) of women who had the six-week check were not asked about their emotional wellbeing at all.
• Nearly 20% with an emotional or mental health problem did not feel able to disclose it in the check.
• Nearly half (43%) of those who didn’t disclose a problem said their doctor did not seem interested or sympathetic, a quarter (24%) said there wasn’t time and 46% were worried that health professionals would think they weren’t capable of looking after their baby.

Parents’ charity NCT is calling for an improvement to the six-week postnatal check-up to reduce the number of mothers who don’t get diagnosed and treated properly. Extra funding would go a long way to reduce the pressure GPs face in supporting new mums.

Erin Lee, a mother who experienced undiagnosed postnatal depression for over two years and eventually took an overdose, said:
“The doctor didn’t have the time to talk to me properly at my six-week check and my feelings were just dismissed as ‘normal’ for new mums but they weren’t normal. No one even mentioned postnatal depression. It was only when I ended up taking an overdose that someone finally listened to me.”

Sarah McMullen, Head of Knowledge, NCT, said:
“It is shocking that so many new mothers aren’t getting the help they need which can have a devastating impact on the women and their families. Some mothers aren’t being open about how they’re feeling as they’re terrified they’re going to have their baby taken away and others are not being asked about their emotional wellbeing at all. A third of women said their six-week check was rushed and for some, it lasted only three minutes.

“GPs are under incredible pressure so it’s no wonder that this crucial opportunity to uncover any mental health problems is being missed.”

NCT recommends more funding is made available for the six-week check, so that GPs have the time to give every mother a full appointment, rather than having to squeeze it in with an examination of their baby. The charity is also calling for better maternal mental health training and guidance for doctors so they are better equipped to discuss emotional wellbeing with mothers.

NCT is urging people to sign up to the Hidden Half campaign at www.nct.org.uk/hiddenhalf 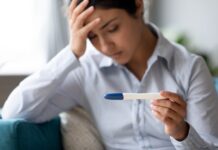 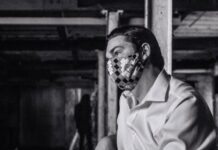 A lullaby for our momma’s: Shivrani begins her debut with a...