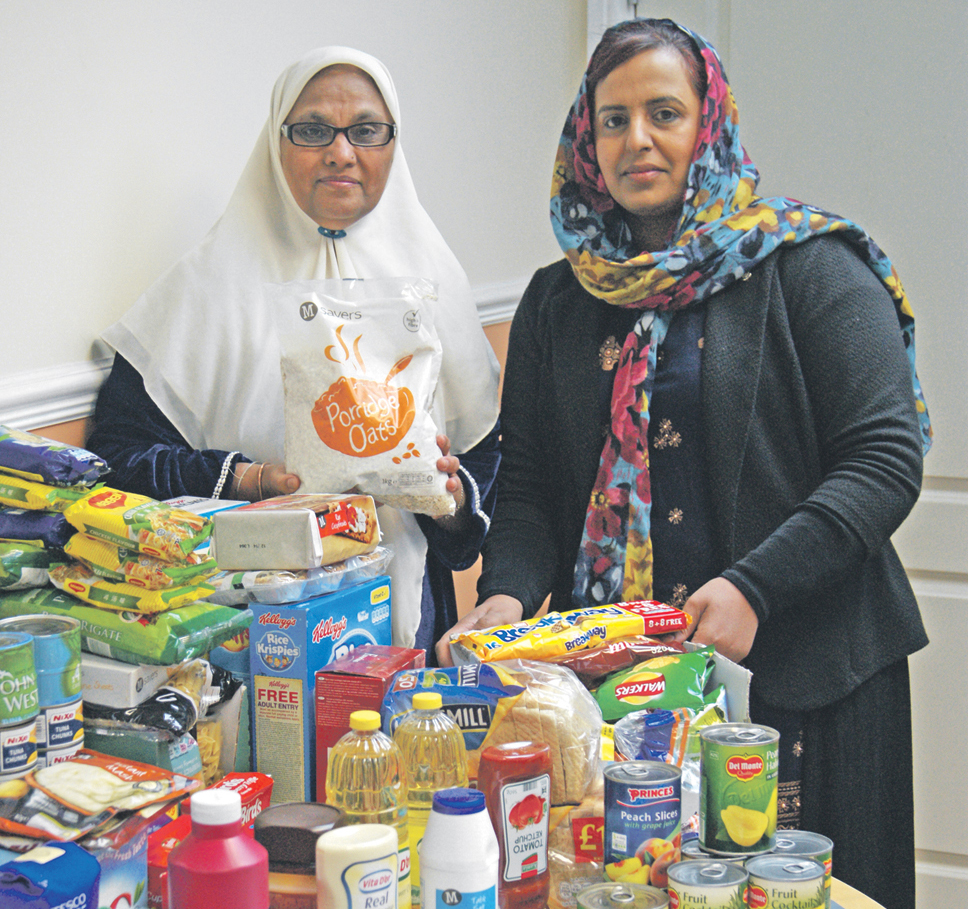 As the financial gap between the rich and the poor gets ever wider, a new food bank in Bradford is aiming to help out families at the lower end of the economic scale.

Operating out of Save the Mother’s Trust’s Great Horton site, food will be packed and handed over to distributors across the area who are then tasked with ensuring it is given to some of society’s most vulnerable.

A joint initiative, launched by both Save the Mother’s Trust and the Bradford central branch of Lions Club International, food parcels will be available to be picked up between 11am and 1pm every Thursday.

At the launch event, on Thursday 27th March, dignitaries from both organisations were present, alongside the Lord Mayor of Bradford, Cllr Khadim Hussain, to officially open the project.

The Lord Mayor had helped collect donations prior to the day during a recent food council and speaking on the day, he said he was proud to see such work happening in the city.

“It really is a privilege to be here today to open BD7’s first food bank,” he said.

“We are celebrating the fantastic food initiative being launched here and seeing communities coming together in the city to help some of the most vulnerable suffering in society’s economic demise.

“This is a great partnership and with the number of food banks across the city decreasing, I wish this project all the best and good luck for the future.”

Amin Dada, Charter President for Bradford Central Lions Club, was also delighted to finally be able to launch the project and thanked everybody who had helped with setting it up.

“Today is just the first step of us giving back to the community,” he said.

“It was tremendous to receive so much food donations from the Lord Mayor after his food council meeting and we are proud to be the first food bank to open in BD7.

“Unfortunately, we have already seen similar projects close down in BD3, BD4 and BD5, recently, but the help provided by food banks is crucial.

We hope to go from strength to strength and in the long term even set up a soup kitchen and shelter for some of Bradford’s most vulnerable.”

If you would like to make a food donation, they can be left at Beckside Lane which is signboarded weekdays between 9am and 6pm.