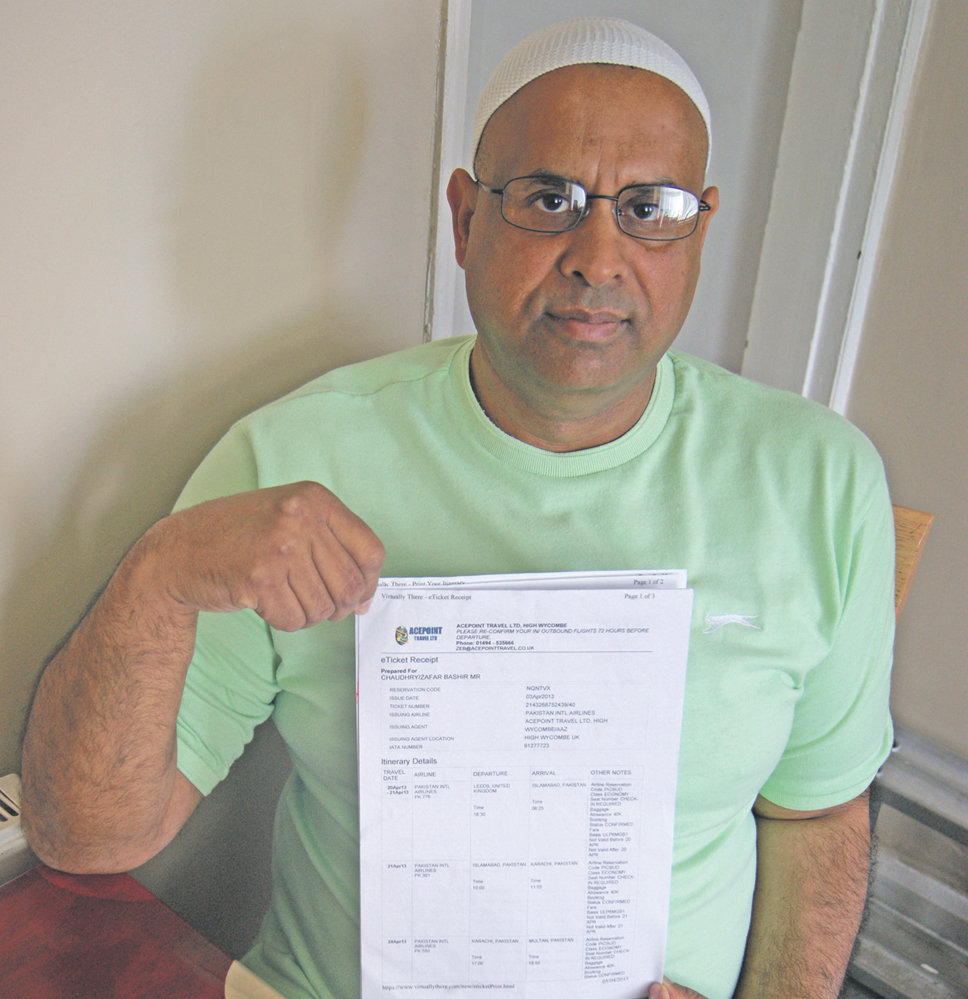 A pilot from Swindon said he was ‘appalled’ by the number of problems he encountered on a recent visit to Pakistan, with PIA airlines once again at the centre of the controversy.

Four-hour delays, lost luggage, ‘terrible customer service’, and an overflowing toilet down the aisles, are just some of the issues 52-year-old Zafar Chaudhry says he was forced to endure when dealing with the airline.

After travelling to Pakistan in April last year, he decided to recently report his nightmare story to the Asian Express after seeing a rise in incidents surrounding PIA.

“I just felt that the standard of the airline, from the top of the organisation to the bottom, was so poor that I had to report it,” he said.

“It was only the second time I have flown with PIA and how they handled all the issues of my trip was just appalling.”

Recently, the South Asian airline has come under a lot of criticism from passengers who have felt the service being offered to them is well below par.

News of a pilot attempting to board the plane drunk last year, and a host of long delays, have proved detrimental to the airline’s reputation, which is often favoured by passengers flying from the UK, due to its direct flight to Pakistan.

Mr Chaudhry, a pilot for 20 years, was flying out to Pakistan, as a passenger, on the 20th April last year when his first plane was delayed for four hours.

After arriving in Islamabad he was then unable to locate any PIA staff to direct him to where he could get his connecting flight from, almost making him miss the plane.

“I was looking for more than 20 minutes for a member of staff from the airline as I do not know the way around Islamabad airport at all,” he explained.

“I finally got directions from a member of security and thankfully caught my plane to Karachi.”

Upon arriving at his destination, Mr Chaudhry was informed that his luggage had not been on the plane and would have to come back the following day to collect it.

“I couldn’t believe it,” he said. “The plane could not carry everybody’s luggage, it was too small, so they just left it without even telling us. They offered no compensation, so I was wearing the same clothes I had been travelling in for two days.

“I got given a number to call the following day which I did at around 2.30pm and got told to call back at 3pm. I phone them then, they said call back in ten minutes.

“I did, and they said phone back in ten minutes again until eventually after doing that about five times I got told to pick up my luggage at 6pm.

“When I went back, I had to hire a car to get from my location to the airport, which was about 20 miles away, only to be told my luggage would be at the PIA base, at a different location.”

Mr Chaudhry was finally reunited with his personal belongings yet his problems with the airline did not finish there.

“On the way back to the UK, there were even more problems,” he explained. “The warm food we were offered was so cold it was uneatable and once again the staff were rude.”

He added: “About 30 minutes before we were due to land, the toilet on board the plane had clogged up and the liquid from it had leaked under the door and was running down the aisle as we began our descent.

“It smelt horrible but still nothing was done.”

Despite a number of complaints made to the airlines Mr Chaudhry was only offered £65 in compensation and 3,000 AirMiles, with terms and conditions attached.

“I initially thought that’s great when I heard about the AirMiles,” he explained.

“Only to then be told that they had to be used before the end of the year and a 30 day period had to be given before they were. Also they could not be used in conjunction with cash.

“So I sat down to see where the 3,000 AirMiles could take me and they were literally useless. The cheapest one-way flight to Pakistan, in economy, was 11,000 AirMiles, so what I had been given was useless compensation.”

Mr Chaudhry added that he had flown numerous times with other airlines, and ‘none of them are perfect yet they at least admit when they make mistakes and compensate for it’. 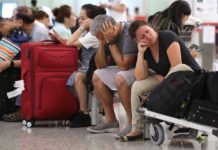