Ferrari-lovers will be in for a treat with the new V8 Ferrari California T, boasting a turbo-charged engine which delivers intense sound and vivid acceleration whilst maintaining ultimate elegance from the top  marquee.

Whilst the California T bears enhanced standards of innovation, it still features all the essential characteristics that have distinguished every California model since the 1950s.

The latest model, which will be unveiled at Geneva in March, brims with a host of new solutions, not least of which is its 8-cylinder turbo engine.

Maranello’s engineers have created an entirely new power unit which delivers absolutely superb levels of performance, blistering pick-up and the most exhilarating soundtrack any turbo has ever yielded.

The California T boasts striking standards of innovation while retaining signature features such as the successful 2+ concept, a refined cabin and, of course, the retractable hard top (RHT) which transforms it from a chic coupé into a sleekly sophisticated spider in a mere 14 seconds.

One major challenge though, involved in the design of the California T was to guarantee it a typically intense, exhilarating Ferrari engine sound.

This was achieved through meticulous design work and the use of special manufacturing techniques for essential components, such as the flat-plane crankshaft and the three-piece cast exhaust manifold and turbo housing.

The engine produces a powerful, engaging sound during both the intake and exhaust phases, becoming even more potent as engine speed increases. This the first time a result of this kind has ever been achieved with a turbo engine.

The California T also has the latest evolution of the F1-Trac traction control system for maximum acceleration out of corners, thereby underscoring the sportier side of its personality.

The California T’s architecture, controls and new 8-cylinder engine ensure consistently intense driving pleasure in challenging driving conditions as well as making the car fun to drive even in more relaxed situations, very much in the Grand Tourer tradition.

The CCM3 carbon-ceramic braking system is also extremely efficient with new composite discs and pads. The brakes are integrated with the ESP 8.0 premium which controls the high performance ABS for a short 100 to 0 km/h braking distance of just 34 metres.

Considerable attention was paid to the design, maintaining the outgoing model’s overall dimensions while ensuring that the California T has a new, individual personality. The sleek proportions were penned by the Ferrari Styling Centre in collaboration with Pininfarina and are very much in keeping with the Ferrari front-engined ethos. 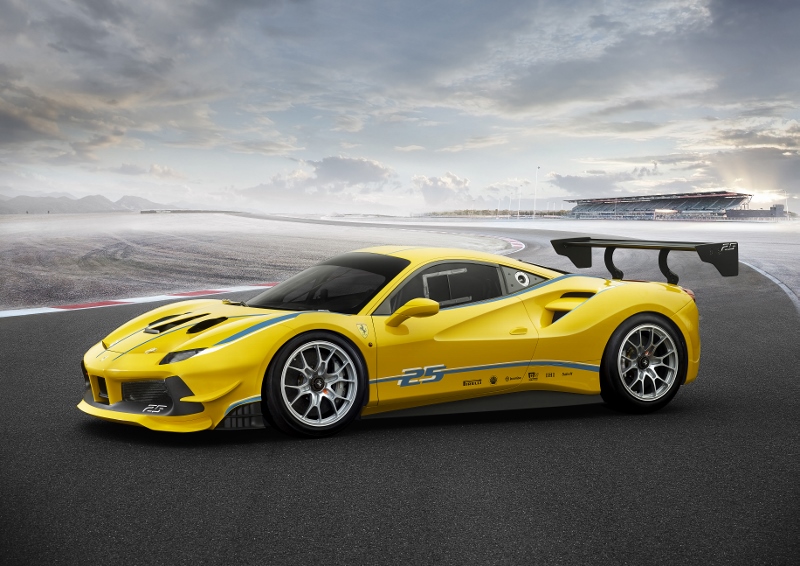 Dawning of a new era

California lets off some gas