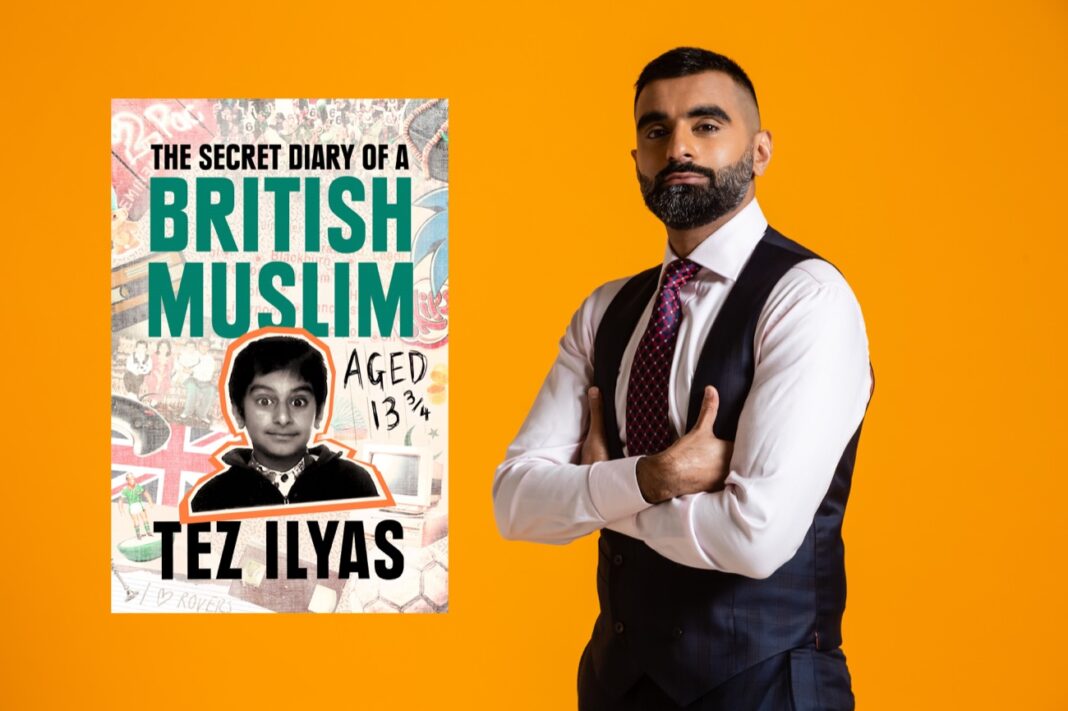 Hilarious, moving and enlightening reflections on what it was like to come of age as a Muslim in 90s Britain, from the brilliant comedian Tez Ilyas.

The uproarous and pubescent debut book from your favourite British Muslim comedian (that’s Tez Ilyas, by the way) has just been released.

You may know and love Tez from his stand-up comedy, his role as Eight in Man Like Mobeen, his Radio 4 series TEZ Talks, or panel shows such as Mock the Week and The Last Leg.

In this suitably dramatic rollercoaster of a teenage memoir, Tez takes us back to where it all began: a working class, insular British Asian Muslim community in his hometown of post-Thatcher Blackburn. Meet Ammi (Mum), Baji Rosey (the older sister), Shibz (the fashionable cousin), Was (the cool cousin), Shiry (the cleverest cousin), and a community with the most creative nicknames this side of Top Gun.

Running away from shotgun-wielding farmers, successfully dodging arranged marriages, getting mugged, having front row seats to race riots and achieving formative sexual experiences doing stomach crunches in a gym, you could say life was fairly run of the mill.

But with a GCSE pass rate of 30% at his school, his own fair share of family tragedy around the corner and 9/11 on the horizon, Tez’s experiences of growing up as a British Muslim wasn’t the fun, Jihad-pursuing affair the media wants you to believe. Well … not always.
At times shalwar-wettingly hilarious and at others searingly sad, The Secret Diary of a British Muslim Aged 13¾ shows 90s Britain at its best, and its worst.

Tez Ilyas is one of the most exciting rising stars on the comedy circuit, cemented by his nomination for Club Comedian of the Year in this year’s Chortle Awards.

As well as delivering his politically astute stand-up, he is one of the stars of hit sitcom Man Like Mobeen (BBC Three) and has appeared on a host of panel shows, including Mock the Week and The Last Leg, as well as fronting his own critically-acclaimed cult-hit satirical series The Tez O’Clock Show (Channel 4).