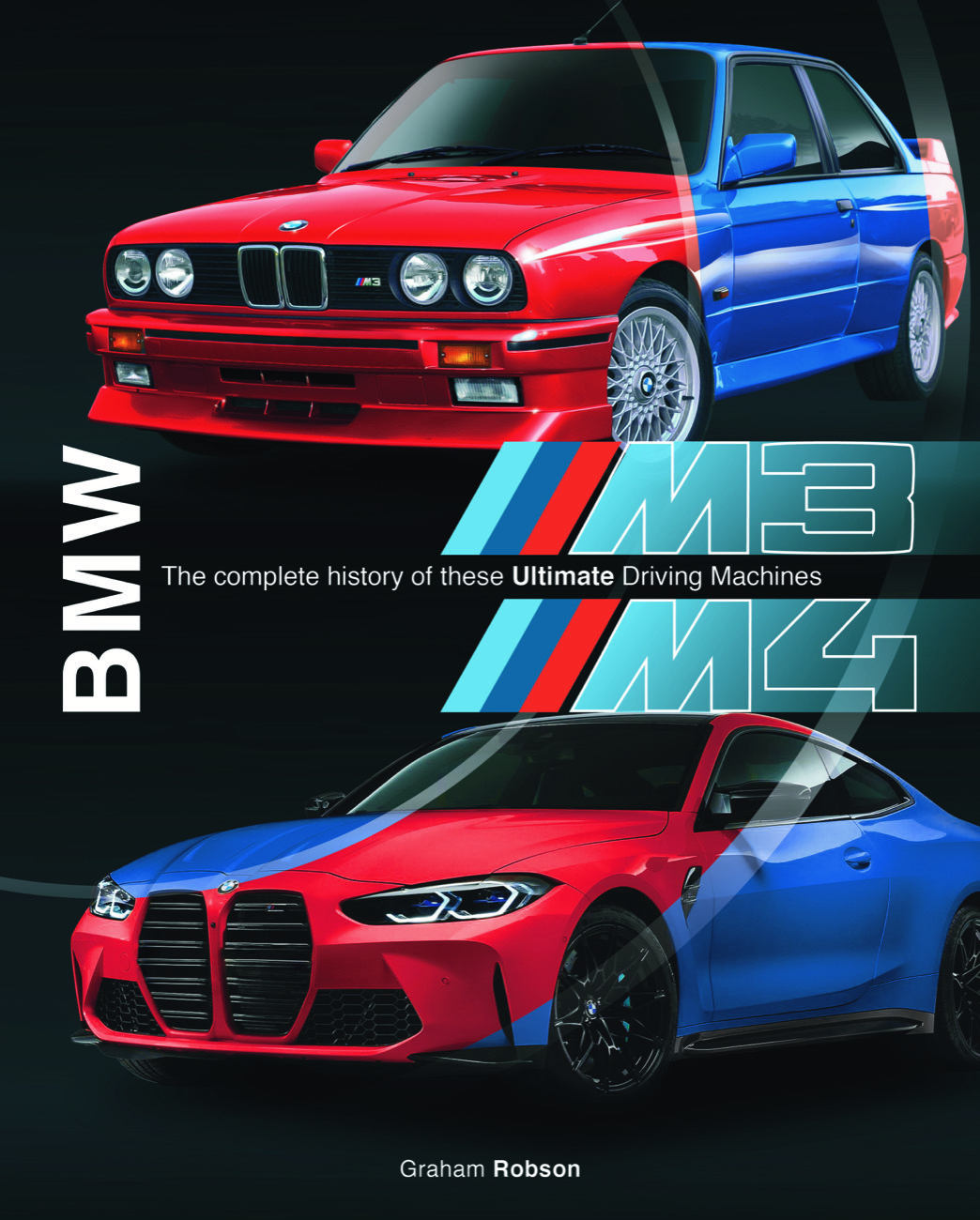 This new edition book explores all aspects of the M3’s history, including the race and rally successes worldwide, supported by full and detailed specifications for each generation of the model.

Written by world-renowned motoring historian Graham Robson, the new book expands on the previous edition, to bring the story right up to the present day, with details of all models produced between 2013 and 2021, including the new M4.

Developed in the 1980s, the BMW M3 was intended to be the world’s most successful racing saloon car. Not only did it achieve that in its very first season of motorsport, but went on to achieve lasting commercial success as a high performance road car.

Fully illustrated throughout, with a lavish array of colour photographs and magnificently detailed cutaway drawings of mechanical equipment, this comprehensive and authoritative book is a must for all BMW M3 and M4 enthusiasts.

The book is available to buy from all good book retailers, and is priced at £40.

After a varied career in the automotive industry Graham Robson has gained a worldwide reputation as a motoring historian, and has nearly 170 books to his credit.

Born in 1936, and educated at Ermysteds Grammar School in Yorkshire, Graham then went on to study Engineering at Oxford University. Hejoined Jaguar Cars as a graduate trainee, becoming involved in design work on the Mk II, E-Type and Mark X. Beginning as a hobby, he became a rally co-driver, eventually joining the Sunbeam ‘works’ team in 1961, taking part in rallies up to International level (once with Roger Clark), but stopped rallying by 1968.

During this time he joined Standard-Triumph in Coventry, in 1961, as a Development Engineer, mainly on sports car projects. He then ran the re-opened ‘works’ motorsport department from 1962 to 1965, this being the period of the birth of Spitfire Le Mans cars, TR4, Vitesse, Spitfire and 2000 rally car developments.

Graham Robson’s writing began with rally reports for magazines which evolved into a job with Autocar from 1965-1969. He was recruited back to industry at Rootes to run the Product Proving department, then after a brief period in 1972 as technical director of a safety belt company, became an independent motoring writer. Graham has lived ‘by the pen’ and ‘by the voice’ ever since, not only writing but commentating, presenting and organising events of all types.