A convicted romance fraudster has admitted six counts of breaching a criminal behaviour order (CBO) while on conditional release from prison.

Amir Tofangsazan, 33 appeared in custody at Wood Green Crown Court charged with six counts of breaching the terms of a criminal behaviour order. He entered guilty pleas to all counts.

In May 2015 Tofangsazan was sentenced to seven years and nine months in prison for 15 counts of fraud where he adopted different personas and posed as a doctor or a barrister in order to con thousands of pounds from unsuspecting women that he met through online dating sites.

In 2018 and while serving the seven years and nine month sentence, Tofangsazan was moved to an open prison. He obtained a mobile phone and committed further offences with additional victims using the same method.

He was arrested and convicted at Lewes Crown Court and was sentenced to a further three years imprisonment and was made the subject of a ten year criminal behaviour order that imposed restrictions on his use of mobile phones and prohibited him from using online dating services. At this point, Tofangsazan was required to supply his mobile phone details to officers – this was the only phone he was permitted to use under the terms of the order.

Tofangsazan was conditionally released from prison and three days later, on 7th November 2019, he began to contact two women who were witnesses in his previous trial – calling himself Jason. Then, on 10 December 2019, he contacted a woman he had previously been in a relationship with (again via dating services), she knew him as Matt Fleming.

Two further reports of dating profiles having been set up on different sites were reported to police. Tofangsazan used the mobile phone that he had registered with police in order to communicate with more women. He again used an alias name and images that he had used to set up dating profiles in the past.

On Wednesday, 15 July, Tofangsazan met with officers from the Central Specialist Crime, Central Orders team and was arrested for breaching the terms of his CBO and on suspicion of fraud. He was remanded in custody and, although he initially denied the offences, he appeared at Wood Green Crown Court where he pleaded guilty to all counts.

He was further remanded in custody to appear for sentencing at the same court on Tuesday, 12th January 2021.

“He has proven repeatedly that he cannot be trusted to cease his callous criminal activities, something he will have sufficient time to ponder as he serves yet another sentence.

“I applaud the victims in all of the cases relating to Tofangsazan for coming forward, their actions have ensured that he will not have the opportunity to lie his way into other women’s lives or bank accounts for some time to come.

“Fraudsters of this type work very hard at their cover stories, they are incredibly convincing and completely without conscience. They also rely heavily on the victim’s trusting good nature and the fact that they may be too embarrassed to report them.

“Please don’t be embarrassed, if only to warn other unsuspecting victims, please do speak to police.” 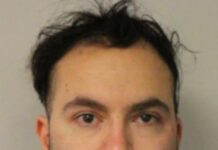