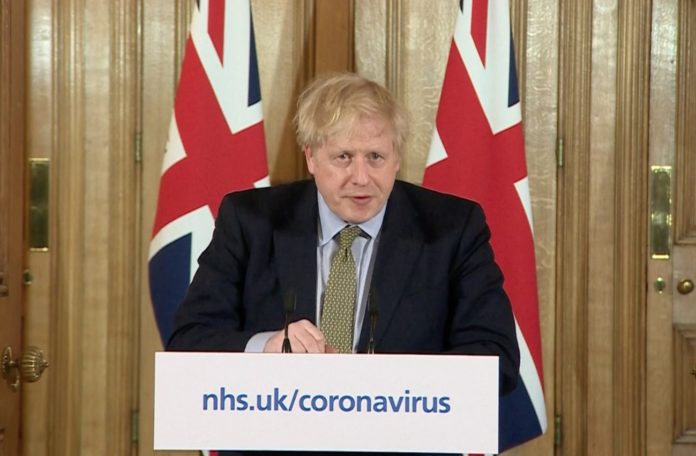 “We are telling cafes, pubs, bars and restaurants to close tonight… and not to open tomorrow” – Boris Johnson

In an unprecedented move, the Prime Minister in his press briefing at Downing Street has told restaurants, cafes and pubs to close from Friday night, except for take-away food, to tackle coronavirus.

Boris Johnson’s announcement includes UK’s nightclubs, theatres, cinemas, gyms and leisure centres. They have also been told to close “as soon as they reasonably can”.

There have been 167 deaths in England from the coronavirus outbreak, as well as six in Scotland, three in Wales and one in Northern Ireland.

Today’s closures follow similar measures taken in other countries – including in Ireland, where pubs and bars were asked to close from Sunday 15th March.

Many businesses have warned that they are facing collapse.

The chancellor, Rishi Sunak, has said the government will pay 80% of wages for employees who are not working, up to £2,500 a month.

Speaking at his daily Downing Street conference, Mr Johnson said the measures would be enforced “strictly” and that licensing arrangements will make doing so “relatively simple”.

He urged people not to go out on Friday night, stressing: “For now, at least physically, we need to keep people apart.”

The prime minister added: “The more effectively we follow the advice we are given, the faster this country will stage both a medical and an economic recovery in full.”

Meanwhile, England’s deputy chief medical officer, Dr Jenny Harries, said the government was not advising people against going outside. “We are saying, if you are going to go outside, go in a way that reduces your social contact,” she said.