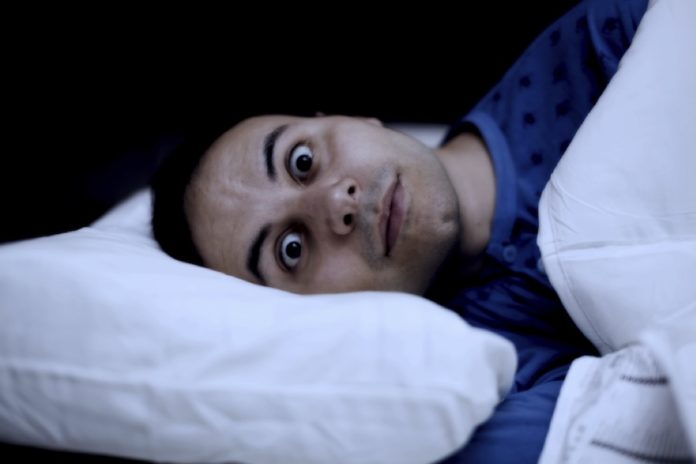 Apparently a third of us are self-confessed ‘night owls’.

Researchers who explored the sleeping habits of 2,000 UK adults found this proportion of the population function better late at night than they do first thing in the morning.

Common traits of night owls include having to set multiple alarms in the morning to get them up, drinking coffee in the evening and happily starting a film at 9pm.

But in contrast, 33 per cent consider themselves to be ‘morning people’ – bright and breezy from the moment they wake.

Not relying on an alarm to wake them, going to the gym before work and feeling more productive in the morning are typical signs someone is a morning person.

However, the remaining one in three claim they are neither an ‘early bird’ or a ‘night owl’.

Commissioned by eve Sleep, the research also found 40 per cent of those in a relationship don’t go to bed or get up at the same time as their other half.

Christine Hansen, holistic sleep expert and spokeswoman for eve Sleep said: “A great night’s sleep is at the core of how we feel the following day.

“The average person needs six to eight hours sleep each night to ensure their body and mind has what it needs to reset and recharge.

“Leave your blinds open, so your eyes are hit with sunlight and eat your breakfast straight away – your digestion will help your body to feel fully awake.”

Other signs of being a morning person include never hitting snooze on the alarm, not getting up any later than 9am and waking in a chirpy and cheerful mood.

In contrast, preferring an evening in the shisha lounge to an early morning yoga session, regularly struggling to get to sleep and eating dinner after 8pm suggest someone is a night owl.

The research also found those polled typically wake at 7:42am and are out of the house by 8:22am on average.

Brits tend to stay in bed for 11 minutes once awake – one in 20 even snooze for as long as 30 minutes.

However, a quarter jump out of bed the second their alarm goes off.

And the same proportion admit they’re completely useless until they’ve had a cup of coffee.

Around three in ten revealed they’ve woken up in such a bad mood they’ve got into an argument – before they’d even gotten up out of the bed.

Are you putting your baby to sleep right?

Are you putting your baby to sleep right?