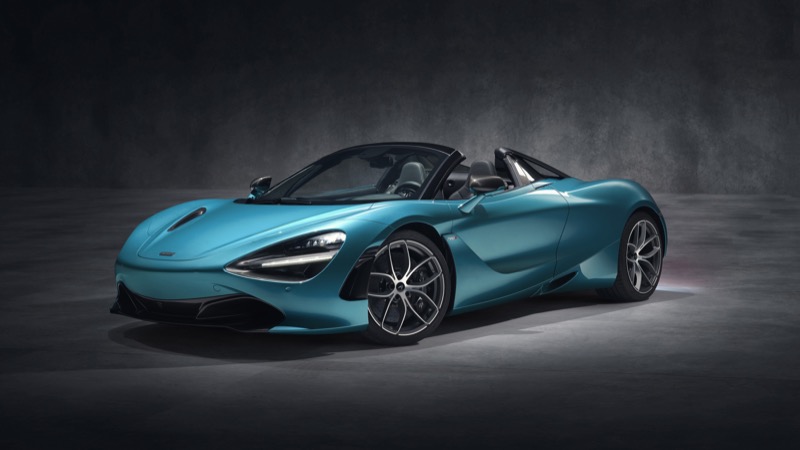 McLaren has lifted the lid on its new 212mph 720S Spider.

A drop-top version of the 720S Coupe, the Spider matches the hardtop’s performance figures. It’s capable of hitting 60mph in just 2.7 seconds and can reach a top speed of 212mph with the roof raised, or 202mph with it lowered.

Drive comes courtesy of a 4.0-litre twin-turbocharged V8 engine with 710bhp and 770Nm of torque. Power is sent to the rear wheels via a seven-speed gearbox.

It incorporates a new carbon fibre roof system, which can be raised or lowered in 11 seconds at speeds of up to 31mph.

Though it weighs 49kg more than the Coupe version, the 720S Spider manages to tip the scales at 1332kg dry – 88kg lighter than the Ferrari 488 Spider, its closest rival. This is thanks to the heavy utilisation of carbon fibre in its construction.

All-new 10-spoke lightweight forged alloy wheels have been developed for the Spider, too; they’re wrapped in Pirelli P Zero tyres as standard, though a stickier track-focused P Zero Corsa tyre can be specified instead at no extra cost.

Prices for the new 720S Spider start from £237,000, and first customer deliveries are expected to commence in March this year.