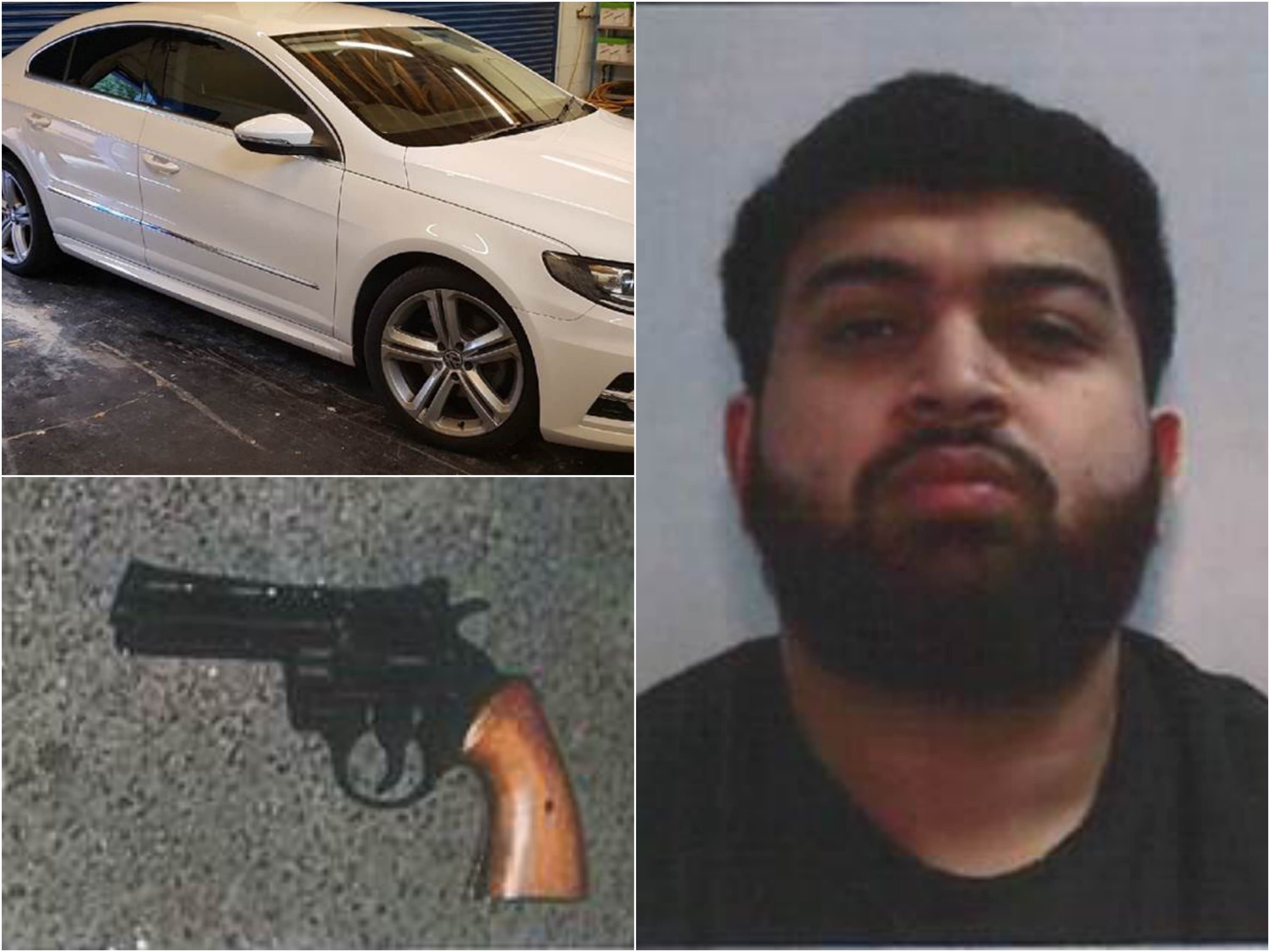 The National Crime Agency are appealing for information on the whereabouts of a Manchester man wanted in connection with a firearms incident.

At around 9.30pm on Saturday 28 July, two men were seen driving a white VW Passat in the area of Allama Iqbal Road in Oldham.

The vehicle was followed but unbeknown to officers a firearm and ammunition was thrown out of the car window near the Fiddlers Green pub, Alexandra Terrace, off the A6 Stockport Road, Levenshulme.

The firearm was found by a member of the public and handed in.

On Thursday 9 August, a 22-year-old man was arrested at his home address in the Levenshulme area of Manchester in connection with the incident, but the NCA urgently want to trace another man, Salman Gull, aged 24, of Wilbraham Road, Chorlton-cum-Hardy, Manchester.

Andrew Etherington, NCA Operations Manager, said: “This is an extremely serious offence whereby a firearm was thrown from a car as it drove down a busy road.

“Fortunately, the individual who found the weapon immediately informed police, however, there could have been a very different outcome.

“We are appealing to members of the public who may know the whereabouts of Salman Gull or have any information that can help us find him.

“It is important that we find Gull as soon as possible. I would like to remind that anyone helping Gull or actively frustrating our attempts to locate him could find themselves being arrested.”

Salman Gull is an Asian male, aged 24. He is 6ft, of a heavy build and has a beard. He speaks with a northern accent. He has a three inch scar on right wrist.